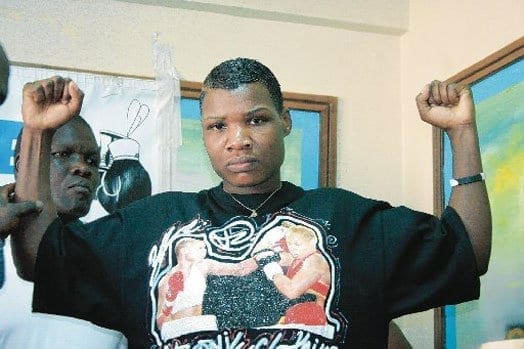 The family of the middle weight boxer miss Conjestina Achieng have faulted the government for abandoning the athlete.

Conjestina’s  father  Clement Adalo said that Conjestina said the government is aware the athlete is mentally incapacitated apart from treatment she received at the Mathari hospital she is has not received further medical help.

He said the government should have continued to monitor Conjestina’s health after she stopped receiving treatment at the hospital.

Adalo said an athlete should not be left in a dilapidated situation after elevating the country’s name in the sports arena. He further said that his daughter needs only a minimal amount of special treatment as she is suffering from a minor mental health condition.

Conjestina Achieng Relapses, back in the village drinking…