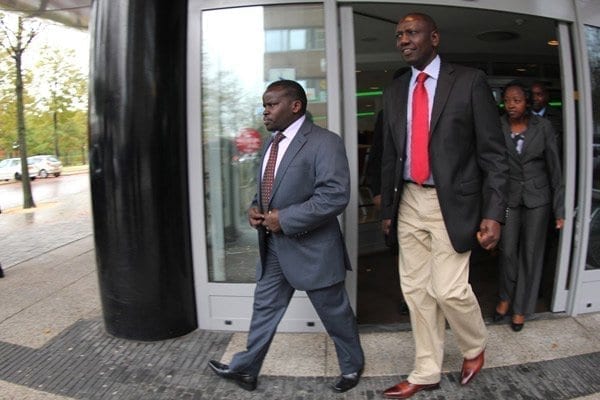 The Appeals Chamber of the International Criminal Court on Friday allowed 5 eastern Africa states to file submissions in an appeal to exclude Deputy President William Ruto from continuous presence at trails facing him before the court.

A decision by five judges of the Appeals Chamber granted Tanzania, Rwanda, Burundi, Eritrea, and Uganda to submit relevant observations why Rutoshould be allowed not to attend all case proceedings.

In July this year the Prosecution successful appealed against an earlier decision to grant the Deputy Presidents request to skip part of his trial.

The five states have been granted the status of amici curiae (friends of the court) and want Ruto excepted to allow him to perform his functions of state as Deputy President of Kenya.-standardmedia.co.ke