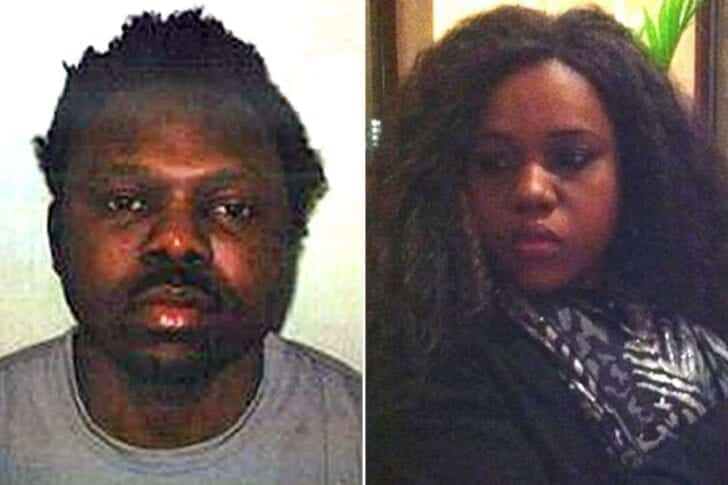 A young Kenyan lady has been killed by her husband in Northolt, West London.  The lady, identified as  Shamim Gabriel was stabbed to death by the husband, Richard Otunga in front of their six-year old daughter.

It was the traumatised and crying daughter who called the police for help through the 999 emergency number while the killer dad was still on phone bragging to his father-in-law of how he had killed the woman after a domestic quarrel.

Police arrived at the scene within minutes but the woman was already dead.  The man was arrested and has been detained at a local police station for interrogation. Kenyan neighbours who are friends to the young couple told the Standard that the house, which is now a scene of crime was still sealed off by the police as forensic experts continued to look for clues.

The once happy family

The obviously physically shaken daughter  who is allegedly still in tears is in the hands of specialists social services officers who have already started giving her counselling. A statement sent to the Standard by the Metropolitan Police said: “Police were called at approximately 07:00hrs on Sunday, 29 December to a residential address on Taywood Road, Northolt following reports of an injured woman. Officers and London Ambulance Service attended. The 33-year-old woman was pronounced dead at the scene at 07:25hrs.

Next of kin have been informed. We await formal identification. A post-mortem examination will be held in due course. The Homicide and Major Crime Command is investigating. A 37-year-old man was arrested at the address on suspicion of murder and remains in custody at a west London police station.” –