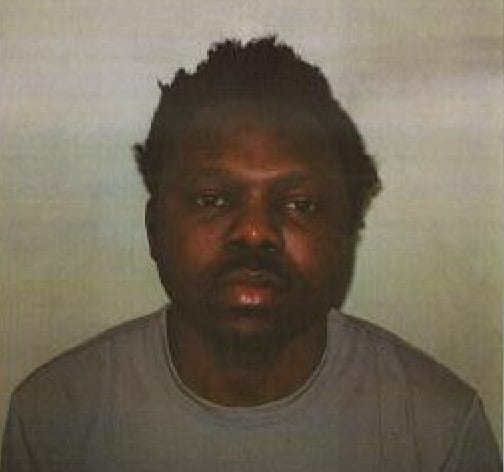 A jealous Kenyan husband who stabbed his 33-year-old wife to death in a horrifying and savage attack was jailed for life at Old Bailey, the Central Criminal Court on Monday.

She killed her on December 29 last year at their home, accusing her of having affairs with other men.

Otunga, who admitted manslaughter, was convicted of murder last Friday but ordered on Monday to serve a minimum of 22 years.

Shamim Gabriel was caught out by her husband receiving text messages from other men and after reading them and confronting her flew into a rage smashing his wife’s mobile phone into pieces. He then turned on her with a carving knife stabbing her more than 30 times.

Police were called to the Otungas residence at about 7 am on the Sunday in December following reports of an injured woman. They attended with the London Ambulance Service but Ms Gabriel was pronounced dead 25 minutes later.

Otunga also calmly phoned his father-in-law Gabby Gabriel saying he had had an argument with his wife and that she had no serious injuries. Gabby rushed over to Taywood Road and Otunga showed off Shamim wearing only her panties lying in a pool of blood on the kitchen floor. She had been stabbed 32 times in front of the couple’s eight-year-old daughter. The child had called the police after witnessing the killing.

Mr Gabriel asked Otunga, “Is this what you called me for – to show me the body of my daughter?”

The court heard that his son-in-law simply replied that he was “very sorry”.

Otunga later told detectives that his wife lounged at him with a knife and he was trying to defend himself.

“I killed her. She was getting messages from men at work. We both work for Royal Mail.” Otunga claimed that he had “lost consciousness” during the December 29 incident.

Otunga, who had a history of domestic violence and threats to kill his wife, claimed that Shamim Gabriel tried to attack him with a knife which he snatched from her and in the course of the struggle she was stabbed more than 30 times, Scotland Yard said.

Detective Chief Inspector Chris Jones of the Homicide and Major Crime Command (HMCC) said: “Richard Otunga was a jealous controlling man who could not accept his wife having any contact with other men.

“Otunga tried to convince the jury that he had feared an immediate threat of violence from his wife and then lost control. The jury clearly did not accept this and have returned a verdict of murder.

“He tried to state that his wife had been having affairs but there was no evidence whatsoever to substantiate this.

“The family of Shamim who have had to give evidence at court have acted with great dignity and I hope that this conviction and sentence can be some comfort for them.”

Richard Otunga and his wife had been married since 2003. They were once a happy and loving couple but their marriage had been “polluted” by Otunga’s paranoia and possessiveness.

Sentencing Otunga, Judge Timothy Pontius said: ‘This case and the evidence upon which the jury convicted you of murder presents a truly tragic picture of a marriage which was for much of the time happy and loving, but one which was polluted by your possessive and jealous behaviour towards your wife.’

He added: ‘On 29 of December last, you took a kitchen knife, or knives, and attacked her with such unrelenting savagery that 32 stab wounds were identified by the pathologist, many of which were fatal.

“So ferocious was the attack that she did not stand a chance of survival. She had fallen pouring blood to the floor. More than half an hour passed before you rang 999, and only then upon the instinct of your father in law by which time of course, any chance of her life being saved – if any chance existed – had long gone.’

Otunga starts his sentence at one of Britain’s largest prisons HMP Oakwood in Wolverhampton, Staffordshire, which has 2,500 inmates. He will be 59 when he is released in July 2036.