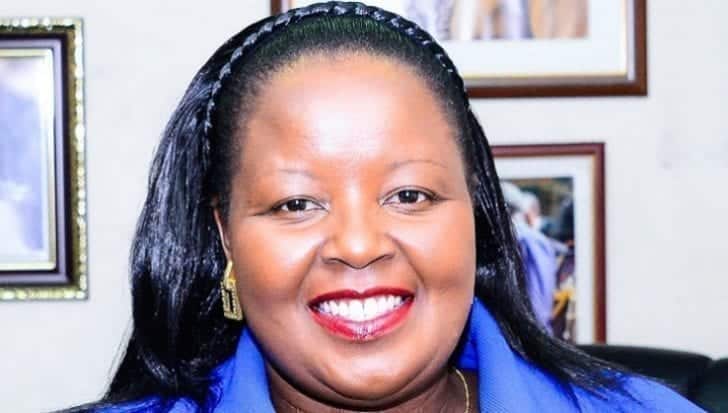 Prophet David Owuor and Bishop Dr Margaret Wanjiru are embroiled in an ugly fight over claims of prosperity gospel and ‘fake miracles’.

The two servants of God have been lashing at each other, each questioning the credibility of the other’s miracles, qualifications and dedication to serve God.

Prophet Owuor has over the past few months been castigating ‘false prophets’ whom he claims their sole aim was “to milk money from the congregation”.

But he was more than blunt recently, when in front of huge crowds in Kakamega and on live TV, termed Bishop Wanjiru “a false prophet”.

He further mocked the Jesus is Alive Ministries founder, saying: “She claims the glory is here yet she can’t even perform one miracle,” to a thunderous crowd.

In an interview with The Nairobian, Bishop Wanjiru dismissed Prophet Owuor as “an idler who has so much time in his hands and nothing to do with it”.

She further questioned Prophet Owuor’s famous claim that he never accepts sadaka from his congregation.

“Can he explain the fleet of expensive cars he drives around in? Can he explain the lavish lifestyle he is accustomed to? I would want to know which spiritual world he gets those things from so that I can also go and get them for myself,” said an angry Bishop Wanjiru.

“Can someone explain to me how someone in crutches will walk just for the duration of Owuor’s rally and the next day they are back to using crutches? He just gives people energizers and claims he is performing miracles,” claimed Bishop Wanjiru, terming Prophet Owuor a “one-day miracle man”.

Wanjiru further said she had issues with Owuor calling himself a prophet.

“Who anointed him as a prophet? We are all servants of God. We serve the same God. In fact, Owuor’s academic papers are very questionable,” she said.

Bishop Wanjiru says her church members who were “very bitter” informed her of Owuor’s hostility towards her. “I ignored him (for days after the Kakamega crusade) as I have always done but I think this time, I needed to respond,” says Bishop Wanjiru.

Bishop Wanjiru attributes Prophet Owuor’s hostility towards her to jealousy.

“He is idle, and he has spent a lot of time trying to fight me, but I let God fight my battles.

I ignore him and I think it hurts him. He wants to be noticed. And he can achieve that by attacking me. I remain steadfast in my commitment to serve God and I won’t let Owuor distract me,” says Bishop Wanjiru.

However, the head of the Ministry of Repentance and Holiness has in the past said he does not engage in “prosperity gospel”.

He once said: “In some towns like Mombasa, prostitutes go to pastors to pray for them so that they can get clients, and they promise to give tithes from the proceeds of their activities. God is angry over witchcraft in the church. Some church leaders mix God with witchcraft.”

The prophet has maintained that the church in Kenya has lost its moral authority.

There has been speculation about his nationality, but he insists he is a Kenyan from Siaya. He refuses to talk about his trademark unkempt beard.

He said in an interview on October 19, 2004, that he was shown the state of the church in Kenya and had to preach to the clergy across the country to repent.

“The pastors and bishops were and still are preaching the gospel of prosperity,” he said.

“They engage in material gospel and this leads to sexual sin and some even abandon their call and join politics. I am an example. We do not collect offering during our meetings but God provides. If I were to collect offerings, I would become a millionaire instantly but that is not what I was called for.”

Bishop Wanjiru has had her fair share of negative publicity.

In a previous interview, Wanjiru confessed to have dabbled in witchcraft before she got saved.

Before one “jigger-infested man” came to the scene a few years back, claiming to be her estranged husband, Wanjiru was to wed a South African.

She had revealed in interviews that she was a mother of children whose father’s whereabouts she did not know — in fact, she was not sure whether he was alive or dead.

Wanjiru confessed of loneliness and said she would unveil a man she plans to tie the knot with and live happily thereafter.

Her plans to marry the South African preacher, Samuel Matjeke, however failed.

In 2007, she was elected as MP for Starehe in a hotly contested election.

In 2008, she was appointed into the Cabinet as an Assistant Minister for Housing.

In last year’s elections, she ran for Nairobi senator but lost to Mike Sonko.

During the campaigns for her party ODM primaries and the general election, there were allegations that she had fake academic papers.

She had to defend herself countless times over claims by her critics that she had not earned her PhD.

Wanjiru claimed she received the degree of Doctor of Theology from Vineyard Harvester Bible College in 2003.

At one time, her main rival in ODM for nomination to run for senator, Mrs Elizabeth Ongoro, suggested that Wanjiru was an “academic dwarf”.