Popular Kenyan music group ‘Just A Band’ was yesterday featured in ‘The New York Times’ in an article dubbed ‘African Artists, Lifted by the Promises of Democracy and the Web’ by Nicholas Kulish.

The band received praise especially for their video ‘Matatizo’ which was released last year depicting the plight that fell on those who happened at the Nyayo House during former President Daniel Arap Moi’s reign.

The author goes on to recognize the band’s efforts to distribute their music using the web as a power tool.

The members of the group met at Kenyatta University in Nairobi, where they started producing an eclectic mix of electronica and hip-hop, with clear local influences. They grew up with Michael Jackson and can draw on traditions as diverse as Japanese anime and African mythology. A conversation with band members can shift from the energon cubes that power the Transformers robots to plans to sail along the Nile with musical groups from every country along the river’s path.

Their first album came out in 2008, but it was not a hit in local radio. They produced their own video for the song “Iwinyo Piny,” with Mr. Muli drawing the giant turtle that floats over Nairobi with a DJ on its back. The group was largely self-taught, using YouTube tutorials to pick up new skills, including animation.”  the author writes.

He goes ahead using examples of renowned artists, Bivanyanga Wainaina, Chinua Achebe, Ngugi wa Thiong’o, Fela Kuti and Youssou N’Dour to illustrate how big a difference the acquisition of democracy and the web has improved and given a voice to artists from African countries.

He notes that the Just A Band ‘Matatizo’ video under the Moi era (which ended just a year before the band was formed in 2003,) would not have been possible.-vibeweekly.com 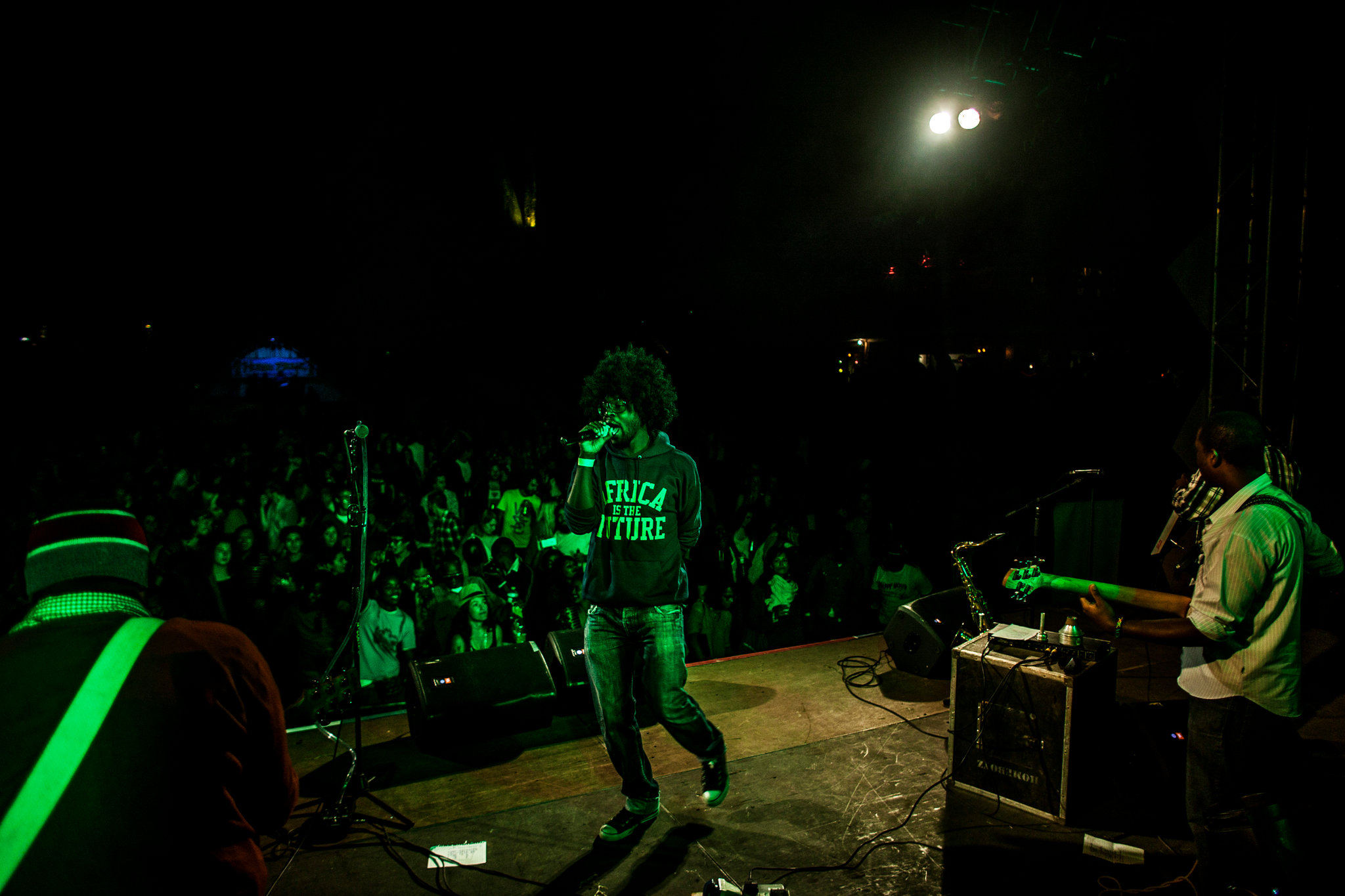