It is with humble acceptance we announce promotion to glory of Miriam Nyokabi Mwai, wife of late Daniel Mwai Thogo on Saturday 29th March, 2014.

The funeral will be held at Limuru, Mabrouke farm on Wednesday 9th of April. 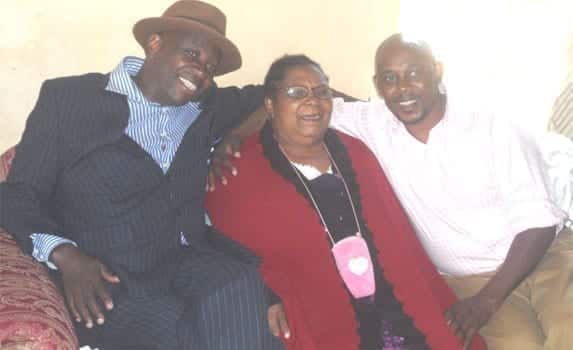 Mr. Joe Mwai (left) and his brother John Mwai (right) with their late mother who passed away on Saturday 29th March