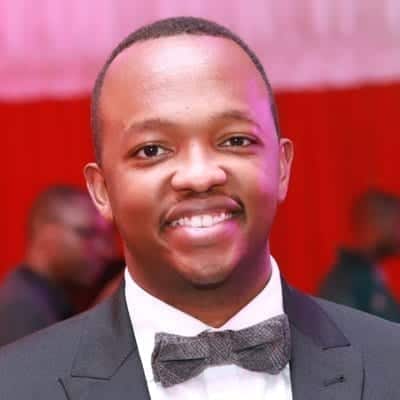 Young Kenyans are increasingly taking charge of their destiny, be it in business, technology and entrepreneurship. And they no longer subscribe to the notion of ‘leaders of tomorrow’. Remarkably, global brands have already saluted these gallant young people from Forbes, to Microsoft to Enablis.

Amazingly, these young Kenyans are not only bagging awards; they are making millions in the process. The figures might not be available in all cases but the young people are undeniably making ripples in the business world. Here are some of the leading lights in business, technology and innovation.

1. Cosmas Ochieng, 26 – Founder Ecofuels
Cosmas Ochieng is largely credited for the success of Eco Fuels Kenya. This is a large enterprise producing organic fertilizers, bio-fuel and health products. He is also the Director of Operations while co-founder Alan Paul is the Managing Director.

In 2012, Village Capital and Growth Africa invested heavily in the company. Consequently, the pair was named by Forbes in their 2013 feature ‘30 Under 30 Innovators and Entrepreneurs’. The company is in its second year of operation with plans of penetrating East Africa and the rest of Africa.

2. Mark Kaigwa, 25 – Partner, Afroinnovator
Mark Kaigwa is a much-travelled and recognized young IT guru. His most notable contributions have been in the business sector, helping businessmen harness the power of technology to do better business. Afroinnovator has been lauded by the CNN as one of the top blogs on the African continent. Kaigwa was named by Forbes in 2013 among the ‘30 Under 30 Innovators and Entrepreneurs’ of note.

3. Heshan Da Silva, 25 – Founder VenCap Kenya
Heshan is the more recognizable young multi-millionaire figure in Kenya and VenCap has assisted many startups to source capital for their businesses in Kenya. Da Silva sold his first company for a whopping Ksh 122 million. His amazing business prowess has astounded many with the proof that one can achieve a lot without a university degree. He has been listed by Forbes among Africa’s youngest entrepreneurs to watch.

5. Joel Mwale, 20 –Founder SkyDrop Enterprises
He made about Ksh 42.5 million when he was just aged 19 from the sale of his firm to an Israeli company. Young Mwale through SkyDrop Enterprises has assisted many people in his home town Kitale gain access to clean, affordable drinking water. The entrepreneur is now internationally recognised and has won many accolades including: Anzisha Prize for Youth Leadership in 2011 and Zeitgeist Young Minds Award the following year in 2012.

6. Mike Muthiga, 26 – Founder Fatboy Animations
If you are familiar with Faiba adverts then you know what Muthiga’s genius can amount to. He is also behind Safaricom’s Juma (Mazgwembe) commercials. Mike holds a degree in Civil Engineering but has done a marvelous job in animation; a feat he was able to accomplish when he was as young as 17 years of age. Tinga Tinga Tales on Citizen TV also forms part of his resume. The Faiba advert alone netted him a reportedly 3.5 million fortune.

7. Lorna Rutto, 28 – Founder, EcoPost
Lorna founded EcoPost in 2009having quit her job at a local bank. Her company that recycles waste plastics and converts them into durable fencing posts among other commodities has managed to generate 300 jobs and in the process earned Ksh 10.43 million or 120,000 US Dollars. For her environment conservation efforts, she was feted by Enablis in 2009. She has won several other awards since then. Lorna is an Accountant by profession.

8. Antony Mwaura, 24 – Dreamlt Computing Technology
Simply referred to as Tonnie, the young entrepreneur holds vast skills in IT and has mastered the art of turning ideas into reality. In 2010, he founded Deamlt Computing Technology. He however, has been working for Metrocomia East Africa as a Web programmer/ Developer since 2011. He holds a Higher Diploma in IT and has won awards for his innovations such as the Outstanding Developer of the Year Award, 2012.

9. Evans Wadongo, 27-Director of Operations, SDFA Kenya
Evans holds a bachelors degree from the Jomo Kenyatta University of Agriculture and Technology. He is testimony that great difficulties mould great men. As a child, he walked close to ten kilometers to school but rose to recognition by among other organizations, the CNN.  In 2006, he joined the Sustainable Development For All-Kenya (SDFA Kenya). Evans was featured in CNN’s ‘Top Ten Heroes of 2010’. He was also recognized as one of the most influential African entrepreneurs under 30 by Forbes.