Waagacusub.com has first learned why the president was forced to silence from the police widespread violence against the Somalis living in Nairobi.   Somali president Hassan Mohamud Alasow and Minister of Justice and Federal affairs Farah Abdulkadir are both of them holding Kenyan passports, as found out by Waaga Cusub  in the Appendix below.} {Copy passports.

1-Hassan Mohamud Alasow, as written inside his Kenyan passport, was born in Wajeir town in 29th November 1955. His passport expired on 29th December 2013.

2-Sheik Abdulkadir Farah, as written on his Kenyan passport, he was born in Kenya in Moyale district border with Ethiopia and it was produced in 1st January 1963, his passport expires on 1st January 2015.

President Garguurte and his fellow minister Farah Topaz has a strong fear of scandal from these passports if they talk about violence and abuse by government of Kenya.

As confirmed, both of their families also have passports Kenya, while the president’s children traveled with these passports for further education in Ukraine.

The Kenyan government has the right to prosecuting president Hassan and his friend Farah since it is illegal to use passports those were took away from Kenya in the form of fraud.

The President of Somalia was born in Jalalaqsi district in Hiiraan region where minister Farah was at Buurkur Khalaafe of the Somali-Ethiopian region.

Farah Abdulkadir originate from the similiar residence as Abdirahman Gulwade, Fahad Yassin Omar Dahir Abdirahman Haji Dahir and furthermore Farah holds Ethiopian passport since he is from the tribe of Aw-Hassan Aw those dwelled Khalaafe in 1940ties.

Because of these different passports and his huge interest at the African Muslim Agency compound in Kenya have resulted in that Farah Abdulkadir pressured president Hassan not to speak against Kenya onslaught.

A number of Somali MPs have consulted with the president during the Kenyan police harrassement against the Somalis but president clearly told the MPs that he do not have the ability to speak against Kenya. He said that even his children have Kenyan passports. 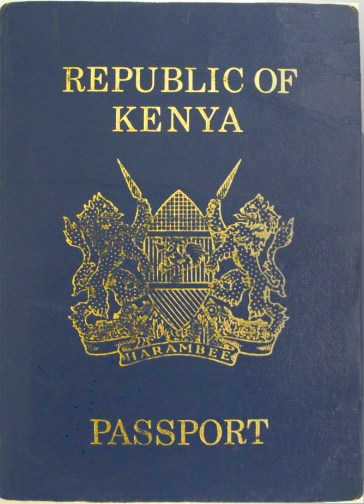