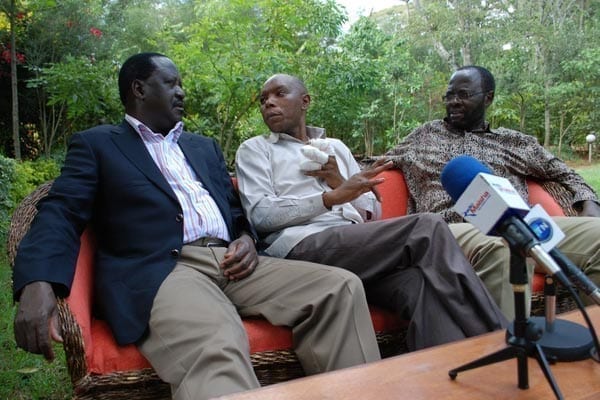 Forensic experts have sensationally added another twist to Maina Njenga’s claims that he was shot 30 times in which he survived without a bulletproof vest.

According to the former Mungiki leader, his car was sprayed with 30 bullets at the Nairobi Nyahururu highway and his survival was as a result of an angel of God he saw during the attack. The bone of contention however comes about from a jacket Maina had allegedly worn during the ill fated day. On Monday 2, Maina showed journalists the jacket which is said to have no blood stains.

After a keen review of the jacket by forensic experts, a professor of forensic pathology pointed out at the possibility that the jacket may have been shot at after the incident.

Watch the video below courtesy of NTV.