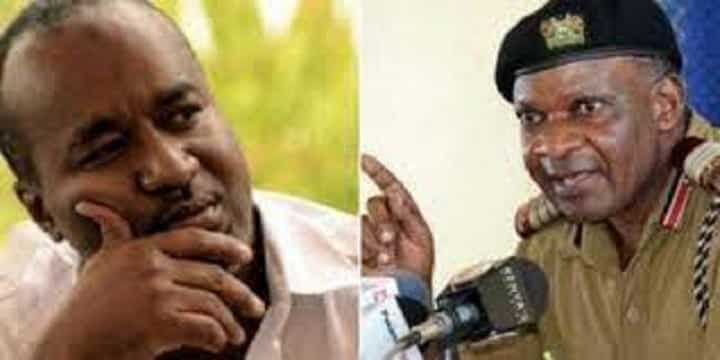 Governor Hassan Ali Joho accused Mombasa County commissioner Nelson Marwa of seeking to undermine him because of his relationship with Mr Odinga.

But while he declined to refer to Mr Odinga, Mr Marwa insisted that the government would continue pushing for security in the Coast.

He accused area leaders of helping suspects arrested in security swoops by raising money to free them.

Mr Joho said he will not be threatened or cowed by anyone not to speak to his party leader.

Addressing more than 300 elders at Freretown on Thursday, Mr Joho said: “I have gone through a lot of tests and I usually  triumph because I believe in God.

When you hear the governor talking to Raila and you are agitated and angry saying ‘ohh the bad thing about Mr Joho is that he speaks with Raila, bringing meetings to Mombasa’ and so forth … get it straight from me I will speak to Raila,” he said.

He accused Mr Marwa, the chairman of the security committee of failing to end the crime wave that has hit the tourist haven in recent months.

Mr Joho said: “The only thing we hear from the security chairman is his daily warnings and telling us the killers’ days are numbered. We want action. The people are now tired of empty rhetoric.”

But Mr Marwa hit back saying the governor was throwing tantrums over the sensitive matter of security.

“You cannot afford to point fingers. We will still issue warnings to criminals even if it means doing it 100 times a day.”

Mr Joho accused the police of failing to curb crime despite having been provided with fuel and cars.

He offered a Sh500,000 cash reward to anyone with information regarding the gunmen terrorising residents.

“These are not rumours. Muggings, shootings and murders are taking place in this county almost any time of the day,” Mr Joho said.

He added that his office had provided the security department with fuel, vehicles and other help yet there was nothing to show for it.

He also read politics in the relocation of the governor’s office from Uhuru Na Kazi Building by the County Commissioner.

“The building belongs to the public not President Kenyatta, Internal CS ole Lenku or Mr Marwa.

Raila Odinga is my party leader and I will continue talking to him even if it makes you angry,” he told the County chief.

He said he had identified a plot where the county government could put up a building with as many as 14 floors to house Mr Joho and all his staff.

“We have given the county government enough offices. They have Betting Control Building, Bima Towers and the old Municipal Council offices. What is wrong if the national government remains with Uhuru Na Kazi?” he asked.

Mr Marwa claimed that police had identified the criminals and promised to have them arrested soon.

He lashed out at politicians whom he alleged came to the rescue of criminals whenever they were arrested.

“Every time we arrest criminals and take them to the cells, they end up in the streets again,” he said.

He, however, failed to explain how that was possible if security agents had evidence against the suspects.

“It is not easy to control civilians. However, we are training government drivers who will soon be taking over the cars,” he said.

He added that two helicopters would continue patrolling the hotspots.

He said the national and county governments should respect each other.

He also urged the youths to turn up in large numbers for the national police service recruitment on Monday.