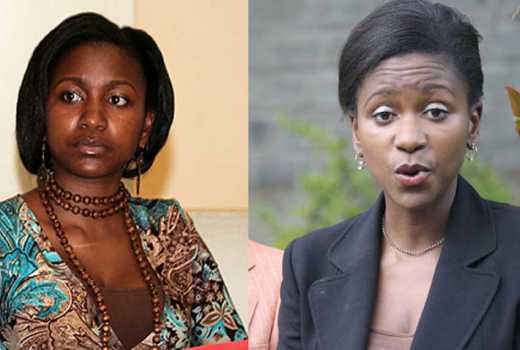 Kenya: Former TV star Esther Arunga has been released on bail after she confessed to the judge that her husband Quincy Timberlake had attacked  their son killing him.

Esther Adongo Timberlake was on Thursday charged with being an accessory to murder after claiming that their child had rolled down the stairs.

During Esther Timberlake’s bail hearing on Friday, the Brisbane Magistrates Court was told she later changed her story to investigators.

She sent faxes saying she believed her husband was mentally ill and had attacked their child, prosecutor Sergeant Scott Pearson told the court.

Her husband punched the child hard enough to “take a grown man down” while trying to expel demons and aliens, Sergeant Pearson said.

The court heard she told police the child flew backwards onto the ground and that the child tried to seek shelter with her and she picked him up.

Quincy Timberlake then allegedly threw the boy into a wall with such force it left dents.

Dents in the wall were observed by investigators at the crime scene.

The court heard Esther Timberlake said she picked her child up again but he was limp and lifeless.

Her husband was enraged and said he was trying to save their son from alien embryos implanted in his stomach.

Sergeant Pearson said she told investigators she heard her husband yell: “Come out, come out you blood suckers. Tell Bill Gates no more scientific tests on our own as he did with the Guatemalans.”

Esther Timberlake’s lawyer John Fraser argued his client was not a flight risk and aware of her bail obligations.

Why Tanzanians Want Raila’s Daughter To Apologize For Goof