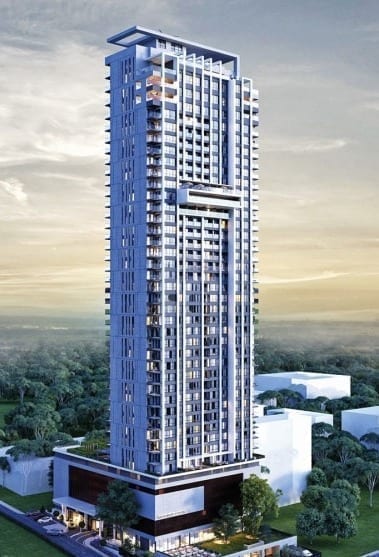 The five-storey building in Tena on the east of Nairobi, Kenya’s capital, is tiled from top to bottom, giving it a classy look that should appeal to tenants.

However, despite being finished close to four months, the flat with 20 two-bedroom houses is yet to be fully occupied, with nearly half of the units remaining empty.

“Stylish houses for rent,” reads a huge banner hanging on the wall of the flat as it gives a phone number for potential tenants to call.

Next to it is another new five-storey block of apartments that faces a similar predicament. Despite its stylish look, it has only a few tenants though it was completed sometime in September last year.

How Zimmerman, Donholm and Other Nairobi Estates Got Their…

Away from Tena, in Rongai about 30km away, newly built apartments face similar situation despite landlords offering incentives like free Wi-Fi services.

The scenario is replicated in many other suburbs across Nairobi as property developers face a tenant crisis. Rise in construction of apartments as landlords search for higher yields has led to housing glut in some estates in the capital.

In the last few years, developers have brought down bungalows and maisonettes to construct high-rise buildings that can host dozens of housing units.

The rapid construction of high-rise apartments, which was encouraged to enable the city deal with housing shortage as landlords get good returns, has seen suburbs littered with the houses.

However, this is now working against the property developers as tenants become scarce.

“It is increasingly becoming difficult to get tenants in several suburbs in the capital. Property developers have constructed beautiful houses but some remain empty months after they were completed,” Antony Kuyo, a real estate agent with Avent Properties in Nairobi, said Thursday.

Kuyo acknowledged that there is a glut in the market following increased construction of apartments.

“Some blocks of apartments are as high as seven stories, hosting up to 30 houses. This is a very huge number. If you have four or even six such buildings in a suburb, this can cause a house glut as they compete with two, three and four storey buildings,” said Kuyo, adding that he has houses that he is yet to get tenants three months since he took over their management.

Rent is one of the reasons the houses have remained empty for several months. Most of the apartment owners target middle-income earners, with average rent for a two-bedroom house going for between 165 U.S. dollars and 275 dollars.

“When you build many houses going for such rent, some will definitely remain unoccupied because there are people who need cheaper houses but will not find them,” added Kuyo.

The real estate consultant said that Kenyans are rent sensitive and any high charges put people off. “This has made landlords who evict people from houses and renovate the units for higher incomes have difficulties getting tenants.”

Kuyo said that if construction of apartments does not slow down in the coming years, the glut would worsen. “But it will be a good thing for tenants because rent would definitely go down.”

The glut, however, is only in middle-income and some high-ends estates in Nairobi, as annual housing demand in the East African nation stands at 200,000 units, according to Ministry of Lands and Housing.