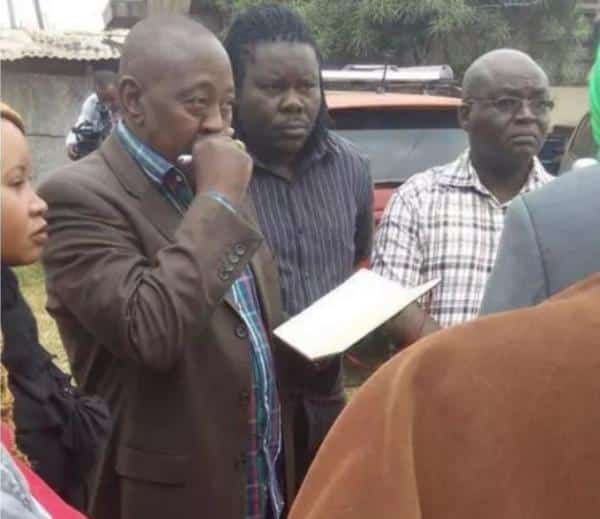 The Digital Migration has forced the 3 analogue stations to shut down, and now we’re starting to remember the Good Ol’ Days. Vioja Mahakamani is one of the longest running TV shows in the country, if not the longest.

When KBC was the only station, and in the early 2000s when the likes of NTV and Citizen were not any better than present day Kass TV, Vioja Mahakamani had a religious following. Its actors, the likes of Ondiek Nyuka-quarter, Alexander Josephat and Makoha were part of our daily lives. They were ever present during National events at Nyayo Stadium, to entertain the Head of State and the public.

Some time last year, it is alleged that KBC showed the whole bunch the door, after they refused to make changes in the look and feel of the show, as well as bring in new actors.

They immediately got together and started a new show dubbed ‘Daktari’, that airs on KTN on Saturday nights.

Here’s the ‘promo’ and the first episode.

Meanwhile, Vioja Mahakamani got some new faces; the likes of Dr Ofweneke, Nice Githinji, gospel singer Aliwa and others. It also most importantly changed its layout to a more modern look and got itself a new theme song.

Does Diaspora Writer Understand the history of the Kikuyu? You Decide

DEVOTION:LET US GET THIS RIGHT!

Video:Drama and Showdown as William Ruto faces off with Bomet governor Isaac Ruto

Video:Nairobi-Nakuru highway listed among the most dangerous roads in the world