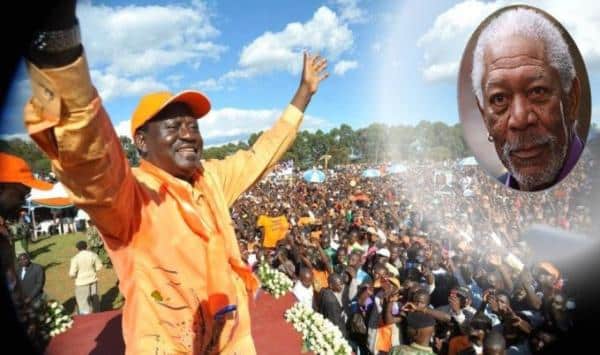 It is emerging that a campaign advert made for Raila’s 2013 Presidential bid never made it to TV.

Robert Alai posted the video and says the reason Raila did not use it is because it was not made by his campaign team, and his communications guys fought it since they felt their positions were threatened.

Well, I cannot pretend to know why it really never aired, but I suspect it has something to do with that cheap Morgan Freeman voice converter app used.

I have to admit, it’s kinda cool though.