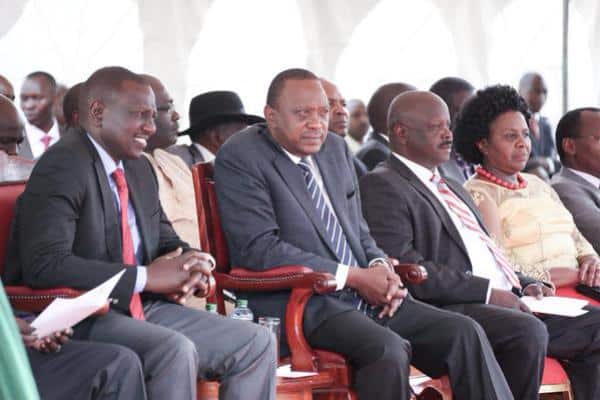 Bomet Governor Isaac Rutto has hit out at President Uhuru Kenyatta and Deputy President William Ruto “for turning a prayer meeting into a political rally”.

Rutto said Sunday’s political sentiments at Bomet Stadium were disrespectful to the church.

“The President and his deputy reneged on an agreement to steer clear of politics at the meeting. Ruto is employing tribal sentiments to fortify his political ambitions,” he said.

Speaking in Bomet town on Sunday, the governor further accused Uhuru and Ruto of insincerity with regard to the Mau eviction process.

“The Jubilee administration is mishandling the Mau eviction issue and the issuance of title deeds by the President at Bomet Stadium was not procedural,” Rutto said.

He alleged that more than 300 houses have been torched in the Mau.

He said he will keep pushing for solutions to Kenyans’ problems and that he will never defect to JAP.

Chaos in Kisumu West as area MCA is kidnapped