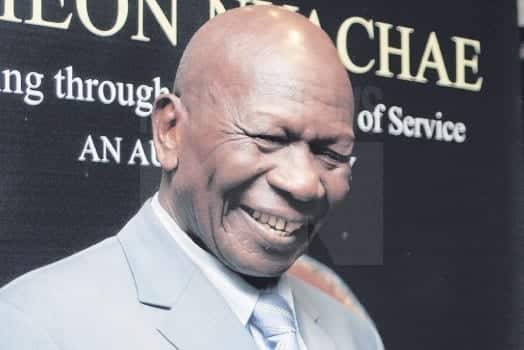 Google search trends have ranked Kenya’s former Vice President, Hon. Moody Awori as the leading personality on Google search after receiving the highest amount of traffic during the month of May.

This was after false reports that the former Funyula MP had passed on surfaced on social media prompting Kenyans to go online to gather more information on the rumors.

On most searched items – popular terms for a specific period ranked in order, by volume of searches – Arsenal took the first position with probable searches by football fans being the team’s ranking on the EPL table.

The most searched items list also had EPL Table, Manchester United, SuperSport and Barcelona, demonstrating Kenyans interest in sports. Mayweather, the Fight of the Century Boxing personality was also searched during the month.

Other most searched items were the Bible; ecitizen, a portal that offers access to information and services provided by the Kenyan Government; Kenyatta University and Kenya Accountants and Secretaries National Examinations Board (KASNEB).

The second trending person was Sister Irene Stefani, a Roman Catholic Italian nun and a member of the Consolata Missionary Sisters who was beatified on May 23rd and declared ‘Blessed’ as per the doctrines of the Catholic Church.

Sister Irene served in Kenya for 15 years until her death in 1930. Beatification is a recognition accorded by the Catholic Church that a  deceased person led a holy life and is worthy of interceding on behalf of the faithful who make their prayers and petitions to God.

Kenyan fashion blogger, Sharon Mundia, ranked third on Google’s top ten trending personalities after she published her engagement story on her blog ‘This is Ess’, while former Juventus midfielder Arturo Vidal came fourth on the list following rumors of his transfer to Manchester United erupted on social media.

Vidal, however, was quick to state that he did not wish to transfer to the English Premier League.

FIGHT OF THE CENTURY

The Fight of the Century Boxing personalities, Floyd Mayweather and Manny Pacquiao both ranked fifth on Google’s top trending personalities for the month of May owing to the highly-popularised boxing duel that took place on May 2, 2015 at the MGM Grand Garden Arena in Las Vegas, Nevada.

Mayweather won the contest by unanimous decision with two judges scoring it 116–112 and the other 118–110. Other trending names were: Manchester United footballer Rio Ferdinand, U.S Secretary of State – John Kerry who came to Kenya for security talks ahead of President Barack Obama’s visit in July; Inge Lehmann, a Danish geophysicist who, in 1936, discovered the earth’s fourth and innermost core and Google celebrated her would-be 127th birthday with a doodle on May 13th.

The general trending searches had Burundi as the top as Kenyans were keen to track the progress of the attempted military coup.

Sister Irene Stefani and Sharon Mundia also trended as well as Barcelona vs Bayern Munich and Chelsea vs Liverpool matches.

Kenyans also went to Google to look for answers to ‘what is’ questions. What is Blackberry Messenger (BBM) topped under ‘What is’ category followed by: What is visibility, What is calculus, What is marijuana, What is anemia and What is beatification.

Others queries under this category included: What is wordpress, What is cramps,  What is beauty and what is Sexually Transmitted Disease (STD).

An open letter to Uhuru Kenyatta on Moody Awori’s…

Top Trending ‘What is’

BENSOUDA RUNS OUT OF WITNESSES IN RUTO CASE