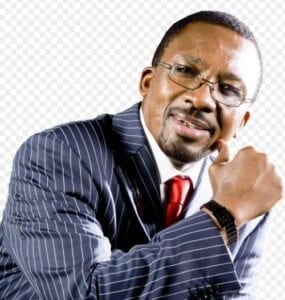 Pastor James Ng’ang’a of Neno Evangelism Church was at the weekend again involved in an accident along the Nairobi-Nakuru Highway.

Police said the accident was a non-injury one as Pastor Ng’ang’a and the driver of a matatu that was involved in the accident sorted out the matter.

According to police and witnesses, the accident happened in Gitaru area on Saturday at about 6 pm. Both vehicles were driving to the Nairobi direction when the incident happened.

Police said Ng’ang’a’s BMWX6 car was hit from behind and had its light damaged while the matatu’s right front light had been damaged.

Kiambu county police commander James Mugera said the two drivers-Ng’ang’a and the matatu one- sorted the issue at the scene.

“Because it was a non-injury accident, Ng’ang’a agreed to pay the driver and both hugged and shook hands before leaving the scene. Police were not involved in the saga,” he said.

Mugera confirmed that the matatu driver said the pastor had changed the lane without indicating.

Pastor Nganga: I am very rich-Don’t rely on church…

This was after he had been questioned at the Kikuyu police station where he went on his own .

“We could not get a comment from Ng’ang’a as he was said to be busy,” he said.

In July, Ng’ang’a was involved in a fatal road accident in Limuru area before he tried to cover it up.

He was later arrested and charged in court with various counts.

The move by police followed a directive by the Director of Public Prosecutions Keriako Tobiko that he be charged with at least four charges including causing death by dangerous driving.

He was also charged with giving false information to a person employed in the Public Service, failing to report an accident as per the law and conspiracy to defeat justice.

This followed investigation and recommendations by police into an accident in which Ms Mercy Njeri, 38 died while her husband Martin Mbugua Ndung’u survived with injuries on July 26 at Manguo area in Limuru.

Police heard from witnesses that the pastor was the one driving the Range Rover and he was seen getting out of the vehicle after the accident.