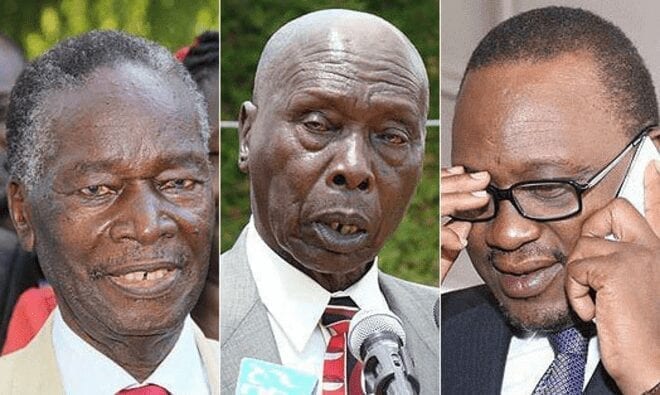 Efforts to confirm the details of the meeting from State House were fruitless, but sources acknowledged that the meeting took place.

“It was routine consultations,” said the source.

The meeting took place between 10.30 am and 11.30 am and focused on how to shore up support for the Jubilee administration.

President Kenyatta had been scheduled to open the African Travel Association 40th Annual World Congress at the Kenyatta International Convention Centre but did not do so.

Jubilee administration is under pressure to act on corruption, with the latest focus on Devolution Cabinet Secretary Anne Waiguru for questionable expenditure.

She was grilled for hours by the  anti corruption commission at their offices in Nairobi.

LET KENYANS FLY THEIR FLAG WITHOUT FEAR OF PROSECUTION:

Diaspora valid dreams: Alice Munyua-A jewel and an asset in the Diaspora Community