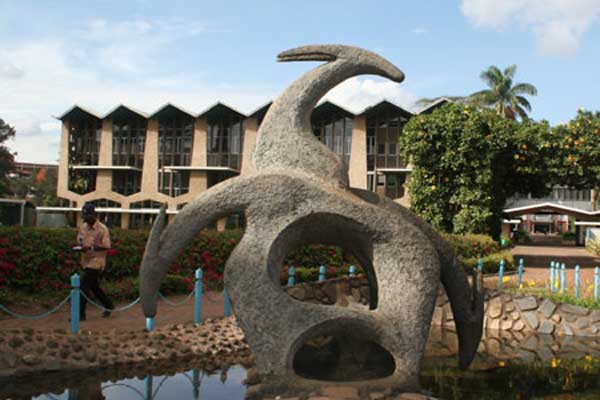 University of Nairobi has been ranked among the best 200 universities in the BRICS and emerging Economies in the World.

In a study conducted by the Times Higher Education, the University emerged position 174 out of 200 representing Kenya for the first time in the exercise.

Other countries that participated for the first time included Nigeria, Ghana, Jordan, Qatar and Oman while Egypt returned to the ranking, having had no institutions represented last year.

Mr Baty added that they are specially calibrated to reflect the development priorities of universities in emerging economies.

“Kenya is one of several countries to have made its debut in this year’s BRICS and Emerging Economies Rankings, with the University of Nairobi featuring in joint 174th place,” he said.

Mr Baty went on: “This achievement is in part due to expanding the ranking to cover 200 universities and 48 countries but it is an important milestone for Kenya’s universities to be recognised in such a prestigious ranking.”

He said all the core missions of the modern global university – research, teaching, knowledge transfer and international activity were considered.

Arts, humanities and social sciences were placed on an equal footing with science.

China dominates the rankings this year with 39 universities, Taiwan came second with 24 universities and India was third with 16.

The study indicate that Brazil, Russia, India and China all gained strength while South Africa maintained a strong performance from six institutions – while Chinese dominance proved that investment and political will are vital ingredients underpinning university success .

The BRICS markets gained strength this year and a number of nations outside the BRICS also had a good year.

Chile had six institutions represented in the two last year while Colombia had two universities included in one last year.

The National autonomous University of Mexico (23rd) is the highest ranked Latin American institution outside Brazil.

In South Asia, seven Thai universities were ranked three last year; Malaysia was represented by four universities one last year and institutions from Indonesia and Bangladesh are included for the first time.

European countries that made their debut in the 2016 ranking include Romania, Slovakia, Slovenia, Lithuania, Estonia, Serbia, Cyprus and Greece.

The Times Higher Education is fully independent – not funded or commissioned by any government, agency or organisation associated with any of the countries being assessed.