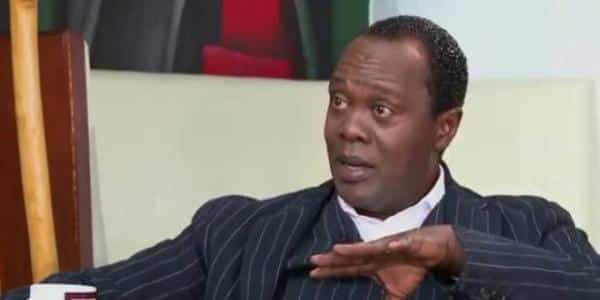 Mugo on Monday posted on his Facebook account claiming that he could be facing former Citizen TV journalist Evelyne Wambui and bloggerRobert Alai on the JKL bench hosted by Mr Koinange.

However, when the renowned journalist was asked to confirm whether the ‘doctor’, who was exposed allegedly raping his patients, would his guest on JKL, he strongly trashed the claims.

The Roysambu Parliamentary seat aspirant was presumably seeking media coverage to square out things with the Citizen TV reporter, who exposed him and controversial blogger who had attacked him severally, but his hopes were shattered by Mr Koinange.

Mugo came to the limelight last year, following an investigative piece by Evelyne Wambui, which showed a man believed to be him sedating and raping a patient at one of his clinics in Githurai 44, Nairobi.

He was on Monday charged afresh on multiple counts that included, rape, operating a clinic without valid licences, masquerading as a gynaecologist and administering unknown drugs to a patient with the intention of overpowering her. He, however, denied the charges reiterating his innocence.

Chief Magistrate Daniel Ogembo freed Mugo on a Sh5 million bond, pending the hearing of the case on May 4

VIDEO:Julie Gichuru Shows Off Her Dance Moves on a Lingala Beat

What’s in it for Me?: 5 Best Practices for Unlocking Your Employees’ Hidden…