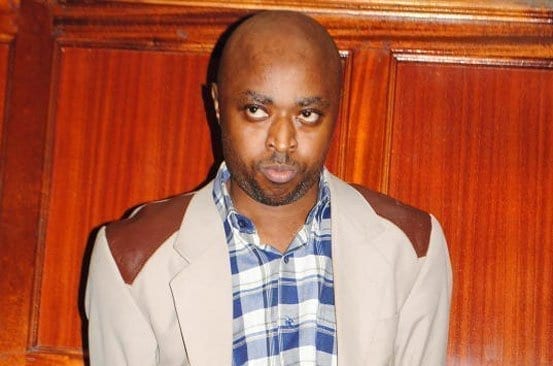 Facebook based ethnic inciter Mugo wa Wairimu is in the news for all the wrong reasons. An investigative report by Citizen TV yesterday exposed him as a rapist gynaecologist who sedates his female clients before doing his act.

It started with a video clip recorded by one his clinic’s staff. Apparently, there had been complaints about Mugo and the staff were getting suspicious because he would often lock himself inside the procedure room with a patient. There were rumours as to what transpired behind the closed door, and this unnamed staff member decided to record secretly.

In the video, Mugo is seen pulling down his pants and climbing on the operation table, before raping a seemingly unconscious lady.

This video got to Citizen TV and Evelyne Wambui paid him a visit at his Githurai 44 base.

Photos:Margaret Kenyatta Pose With Anne Waiguru At The UN Assembly

VIDEO: Rashid Achesa To Raila -You Are Not My Equal

THE DEATH OF SUSAN NJERI KARIUKI AFFECTS MANY KENYANS

AU Warns Africans Against Travelling to US After Killing of Blacks

Word of the Day:Passion and commitment is all that matters.