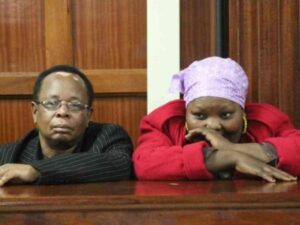 A bishop and a prophetess have been charged with fraud for allegedly stealing Sh5.6 million from worshipers on the promise of exorcising demons.

They were each released on Sh2 million bond or Sh500,000 cash bail.

They appeared before chief magistrate Daniel Ogembo at Milimani law courts on Thursday. The case will be heard on July 7.

Muchai and Gitau are from United Hope World Reach Church in Nyahururu. The church also has branches in Nairobi.

We will not allow gay relations within ACK-New Anglican…

They were arrested after Caroline Wambugu and Gladys Nyamu reported the matter at Makadara police station.