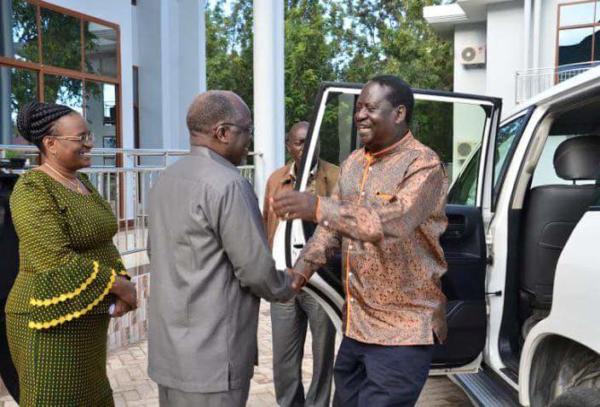 According to a press release by the Tanzanian office of the president, the former Prime Minister landed at Chato Secondary School on Saturday at 5pm.

On arrival, Mr Odinga met with the Tanzanian President John Pombe Magufuli and his wife Janeth Magufuli at their home in Kilimani Village in Geita Province.

Mr Odinga is accompanied by his wife Ida Odinga and daughter Winnie Odinga.

The Cord leader said that he was in Tanzania on holiday while at the same time visiting his family friend, President Magufuli.

The visit to Tanzania by Mr Odinga happened on the day Cord co-principal and Ford-Kenya leader Moses Wetang’ula was launching his presidential bid at Muliro Gardens in Kakamega.

Mr Odinga was expected to attend the launch, which was marred by chaos, but did not show up.

Wiper’s Kalonzo Musyoka attended the function which was skipped by senior ODM politicians.