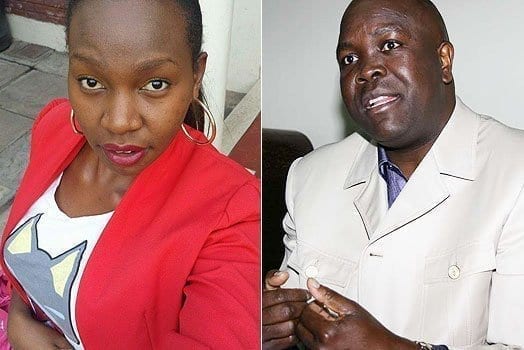 1. The 42 year old was a renowned businessman in Nairobi. Born in Western Kenya, he completed his high school education at the famed Bungoma High School. Primarily a contractor and political broker, he also specialized in mining businesses where he worked with several investors in the sector.

2. He is believed to have had powerful political connections that dated back to the infamous Youth for Kanu (YK 92), a group that enjoyed the patronage of then President Daniel Arap Moi. The group’s sole purpose was to help President Moi win the hotly contested 1992 elections.

3. He is reported to have been a gifted student, including his days at University of Nairobi where he studied Finance and Accounting.

4. Mr Juma was embroiled in a litany of high profile legal suits. The latest of such suits, as managing director of Erad Supplies, saw him being involved in a long-running court battle with the National Cereals and Produce Board over the supply of 400 metric tonnes of grain worth sh500 million.
He was also involved in legal tussles with Nairobi Governor Evans Kidero, Cabinet Secretary Najib Balala (during his stint at the Mining Ministry) and former President Daniel arap Moi’s daughter Jennifer.

5. He lived a flashy lifestyle and was never shy to show it off. During an interview with the Daily Nation last year, Mr Juma turned up in a chauffeured Rolls Royce Phantom, a car associated with the richest in society. He routinely wore designer suits imported from major fashion houses in Europe and his office was a collection of some of the most expensive furniture. He was known to shop in high end places in Dubai and London

6. He fell out with senior government officials, including President Uhuru Kenyatta and his Deputy William Ruto, after losing out on a multi-billion shilling deal three years ago.

7. He thereafter retreated to social media for a well calculated revenge mission where he bashed the Jubilee government while armed with several “exposes” on mega corruption.

8. He was a confident and proud man. He once bashed a fellow user on social media and bragged about how he made billions of shillings from business deals.

9. He was never afraid of confronting the high and mighty with serious allegations. President Uhuru Kenyatta, his deputy William Ruto, Supreme Court Judge Njoki Ndung’u, High Court judge Justice Isaac Lenaola and senator Kipchumba Murkomen are some of those who suffered his wrath.

10. He predicted his death on more than one occasion and even named powerful figures as having hatched plans to assassinate him.