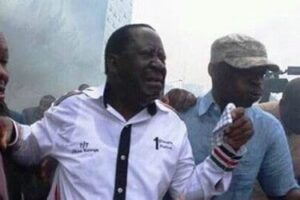 CORD leaders led by Raila Odinga and their supporters have vowed to continue with anti-IEBC protests to force the commissioners out of office.

Tens of police officers were mobilised to guard Anniversary Towers where Independent Electoral and Boundaries Commission have offices, ahead of the planned CORD protest.

The officers were under instructions not to allow any protester near the premises. DEVOTION:Have You Told Anyone About This?

Kenyan singer speaks after being appointed NACADA board member by Uhuru