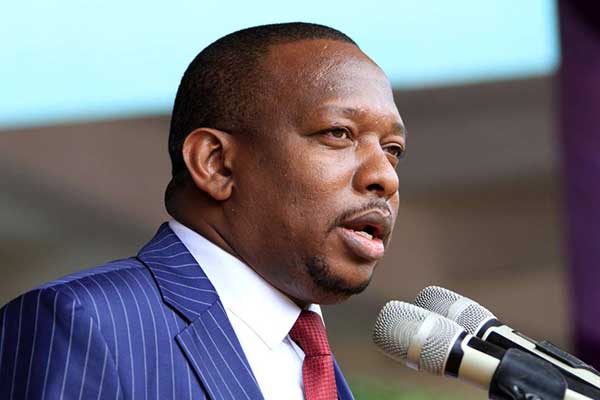 Nairobi Governor Mike Sonko on Monday nominated Anne Kananu Mwenda to the deputy governor post, citing the need for continuity following his suspension from office over the loss of Sh357 million.

Sonko nominated Ms Mwenda in a letter to Speaker Beatrice Elachi, in which he also noted that the office has been vacant for too long.

Mr Polycarp Igathe resigned from the office in January 2018, saying he had failed to earn Governor Sonko’s trust.

Regarding his office, Governor Sonko noted the complexity that arose from a court order that requires him to keep off until the corruption case is determined.

He said he nominated Ms Kananu “in the interest of stability” in the capital.

As such, the governor asked the assembly to expedite Ms Kananu’s vetting so that she is appointed.

“I will continue to abide by the bail terms granted to me and ensure the operations of the county are not affected to guarantee the people of Nairobi uninterrupted service,” he said.

In the letter to Ms Elachi dated January 6, Sonko also noted the legal vacuum in the framework for replacing a deputy governor.

As such, he said, the Senate sought to amend the County Government Act through a bill currently before the mediation committee of the Senate and the National Assembly.