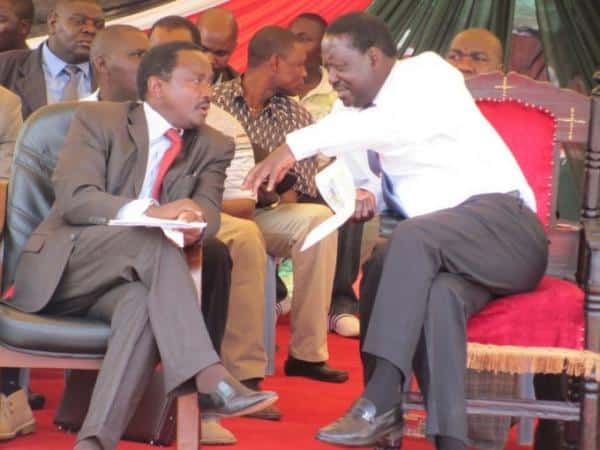 Wiper and ODM’s MoU on general elections was a raw deal, Charity Ngilu has said, citing lack of commitment.

“We know about the history of MoUs in this country,” said the former Lands CS who has been a critic of Raila Odinga’s Cord coalition.

“What I have heard about the Cord MoU is that once they got into office, each would have a chance, but they did not.”

It is alleged that Raila promised in 2013 that he would be a one-term President, then support Wiper’s Kalonzo Musyoka in 2017 and Ford Kenya’s Moses Wetang’ula in 2022.

But Raila publicly stated that the pre-election pact with Kalonzo was no longer valid since Cord did not form the government.

On April 12, ODM and Wiper parties denied knowledge of any agreement with Wetang’ula, who is Bungoma Senator.

Ngilu said in a Citizen TV interview on Wednesday: “Everything rises and falls on leadership, the leadership needs to have commitment to clean up.”

Regarding the apparent mistreatment of the Opposition by the IEBC, Ngilu said there is need for talks “in the full glare of cameras” on issues raised.

Cord leaders want the electoral body disbanded over claims of colluding with the Jubilee coalition to rig elections and put a stop to the Okoa Kenya referendum push.

Cord submitted booklets containing 1.4 million signatures in October 2015 but only 891,598 were found to be valid.

Regarding this Ngilu said: “The IEBC was unfair in dealing with the issue of Okoa Kenya referendum signatures. There is no way half of the signatures were fake,” she said.

“I feel the way IEBC handled this matter left a lot to be desired.”

Ngilu, an aspirant for Kitui Governor, noted that she has not received a salary since she was removed from office.

The sacked CS was accused of obstructing investigations into the Karen land case by directing officials in her ministry to neither release documents to EACC officers nor record statements.

“I am not receiving any salary or government car but I have security. I keep saying cartels succeeded in seeing [the removal] of those they wanted out of office,” she said.

“My problems in the ministry started in 2013 just after being appointed. Let me say here that cartels in this country are very powerful. President Uhuru Kenyatta promised me that he was going to support me.”

She added that she made great strides in the ministry.