– Joshua Kuttuny, the former Cherengany MP said that it is for this reason that the CORD leader is leading protest in the country in preparation to reject the outcome of the 2017 election

– He said that even if Raila Odinga himself chairs the electoral body, IEBC, Uhuru will still  beat him at the ballot

Uhuru Kenyatta’s advisor and former Cherengany MP Joshua Kuttuny has claimed that Raila Odinga is literally a spent force and cannot mount any serious challenge against Uhuru in 2017.

Speaking at a function in Rift Valley, Kuttuny said that if Uhuru won the 2013 General Election, then 2017 is nothing considering he has led the country very well. 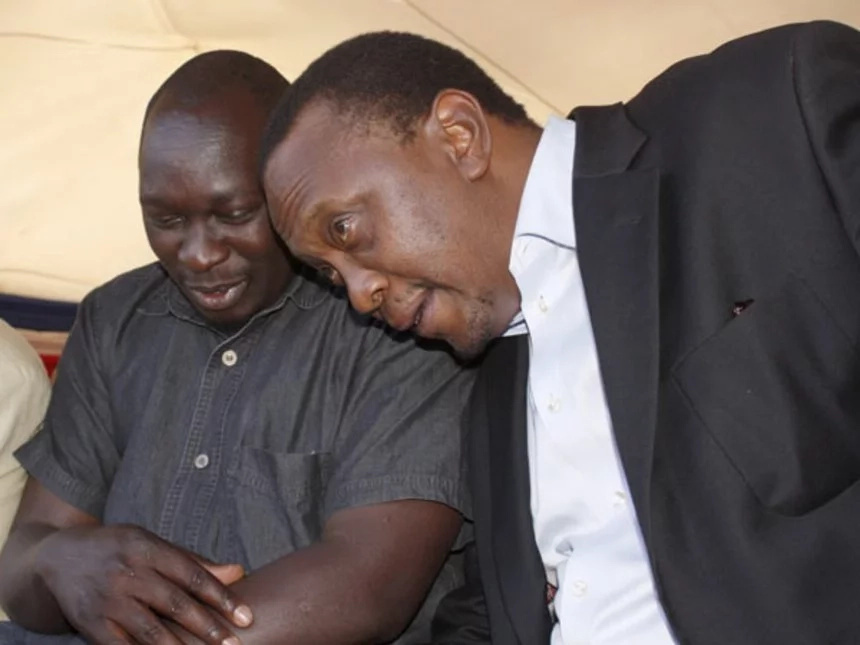 The President’s political advisor Joshua Kuttuny whispers something to Uhuru at a past event. He has said Raila Odinga has already lost the 2017 election

Known for his fierce criticism of Raila, Kuttuny went ahead to claim that the opposition chief was desperate for power and is preparing grounds to reject the 2017 election outcome and force Uhuru into a power-sharing deal.

“Raila’s biggest problem is that he is sure of losing to Uhuru Kenyatta in 2017 and that is why he is leading all this protests against IEBC…even if he is made IEBC chairman, Uhuru will still beat him,” said Kuttuny.

Kuttuny lost the Cherangany parliamentary seat in 2013 and was appointed as part of Uhuru’s political advisors.

“The easiest way to deal with Raila is to ignore him, I plead with Jubilee politicians to learn to ignore him at all costs,” he went on.

He also claimed that anti-IEBC protesters are not supposed to be fiercely repulsed by police as it only serves to give Raila more firepower to attack the government.

Raila Odinga and the opposition has been pushing for the disbandment of IEBC current leadership before the 2017 General Election on grounds that they will not deliver a free and fair electoral process.