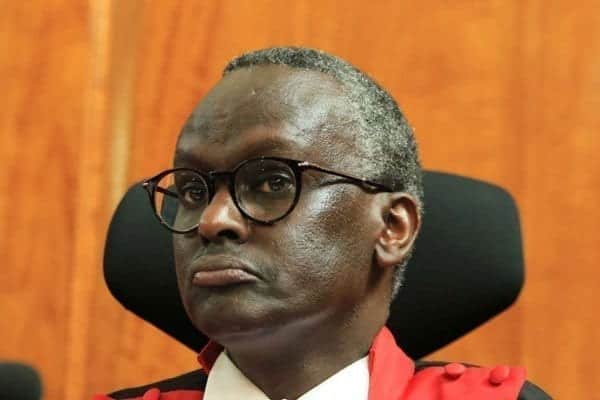 Supreme Court Judge Isaac Lenaola has been appointed to join the team of observers in the petition challenging the recent controversial presidential election in Zimbabwe.

The appeal was filed by Nelson Chamisa of the Movement for Democratic Change (MDC) Alliance after he expressed dissatisfaction with the outcome of the election in which Emerson Mnangagwa was declared winner by the Zimbabwe Electoral Commission.

Justice Lenaola will join other judges and jurists in a mission organised by the Africa Judges and Jurists Forum (AJJF).

Members of the observation mission will sit and follow proceedings from the courtroom during the hearing of the case on August 22.

Others are Rtd Chief Justice Ernest from Zambia and Mr Martin Okumu Masiga (a Ugandan lawyer and founder member and current secretary-general of AJJF.

Martha Karua claims she was denied justice After…

The observation mission will focus on the compliance of the proceedings of the case with regional and international human rights law and standards of fair trial.

At the end of the hearing, the observers will compile and release an independent and impartial report stating their conclusions on the fair trial dimension of the proceedings.

“Other than the objective of first-hand monitoring in order to prepare an independent and impartial fair trial evaluation of the proceedings, the presence of the observers makes all participants, especially the judges, aware that they are under scrutiny. This awareness may then influence them to be fair to all parties,” explained Mr Masiga in a statement.

The observers may also make recommendations they deem necessary for the improvement of the administration of justice in the future.

He previously served as a High Court judge since 2003 and has also served as a commissioner at the Judicial Service Commission from October 2010 until 2013.

He is also the Deputy Principal Judge of the East African Court of Justice, a position he has held since 2011.

Justice Lenaola was appointed as a Judge of the Residual Special Court for Sierra Leone in November 2013.

Ngilu to be charged with blocking investigations

Protest at Kenya Embassy against MPs refusal to pay Taxes

Bull’s Eye:Drama In Parliament And Many More

I DON’T HAVE TO BE PRESIDENT SAYS RAILA