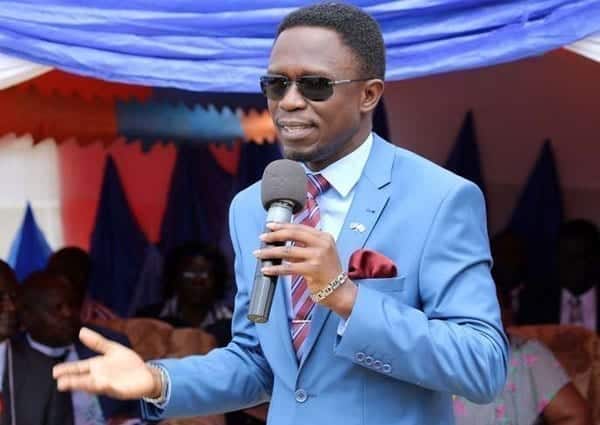 On Saturday, Deputy President William Ruto said that he was responsible for Ababu Namwamba ditching ODM.

Ruto was speaking in Baringo in the Kalenjin language when he said that just like Eugene Wamalwa, Ababu was on his way to the ruling coalition. He added that Kisii and Mombasa are now in their sights.

Here’s a clip from Citizen.

However, Ababu has come out to categorically deny that he is headed for Jubilee. In a Press statement also posted on his Facebook page, Ababu said that there is no deal between him and Jubilee, and there will not be. He said that it is reckless for the Deputy President to take credit for his actions.

Read the statement word for word.

I have read widely publicised reports attributed to Deputy President William Samoei Ruto yesterday that I, Ababu Namwamba, is destined to Jubilee.

If indeed the alleged sentiments were expressed by the Deputy President, I wish to make the following clear:

One, as a devout Christian, the DP is of course aware of the 10th Commandment: Thou shalt not covet! No one should salivate and covet the political opportunities created by our actions and resignation from ODM positions. If anyone expects to reap from the decisions my colleagues and I have taken, they are mistaken. Athough a girl has no control over the roaming eyes of any boy that may have designs on her, sadly for any suitors out their, Jubilee or CORD, this girl is simply not available!

Two, My colleagues and I are firmly focussed on our agenda of realizing the political aspirations of the Mulembe Nation and the bigger western renaissance. We shall not be distracted by the wild propaganda and speculation about our destination or who we shall partner with in that journey.

Let it be known here – and today being Sunday for those who prophess our Christian faith – that for the avoidance of doubt, there is no deal by myself or any member of the team involved in this initiative to join the Jubilee Party.

Three, we are quite flattered by the reported desire of the DP to have us in Jubilee. But no, thanks. We are not available. And it would be reckless for anyone to attempt to take credit for our actions for any ulterior motive. We wish the DP and Jubilee Party well, nonetheless.

We are aware that some of the Mulembe people we were consulting with have since indicated their intent to join Jubilee. They are free to exercise their democratic rights however they may choose. We offered them a viable choice before they made their announcement. We wish them good luck but our struggle continues.

From the very outset, we have been very clear on what we are about and what is driving us. This is about self determination. The very thought of the western region consolidating its political strength and reaching out to other parts of the country to build a formidable alliance is terrifying to those who have traditionally targeted the House of Mulembe as their easy hunting ground.

That’s why we have seen, heard and read all manner of spurious propaganda spewed against us. Oh, we are being bankrolled by Jubilee, oh we are moles, oh, we have been paid to wreck ODM… All that is hogwash. The same old tired trash previously used to malign other sons of the House of Mulembe. May it be known unequivocally that we and our noble cause are priceless.

We are aware these attacks are designed to discredit us in the face of our people and further divide the Luhya community and the Western region generally. They will not succeed. We shall march on unbowed hand in hand with all our brothers and sisters who share in this noble mission of liberating our people from subjugation and humiliation.

The bad news for our adversaries and detractors is that we are staying our course. We will not be derailed by their propaganda. Nor will we be floored by their sinister schemes. I want to call on all our friends, supporters and patriots of our cause to stay put. Our vision and mission goes on, regardless. We have and will continue to listen to our people. They guided us in relinquishing our positions in ODM. They will guide us in determining our next course of action. Together, we have taken control in determining our own destiny. A destiny defined by the philosophy of MULEMBE CONSCIOUSNESS. A philosophy of peaceful coexistence amongst all Kenyan communities in a stable and prosperous united Kenyan Nation.