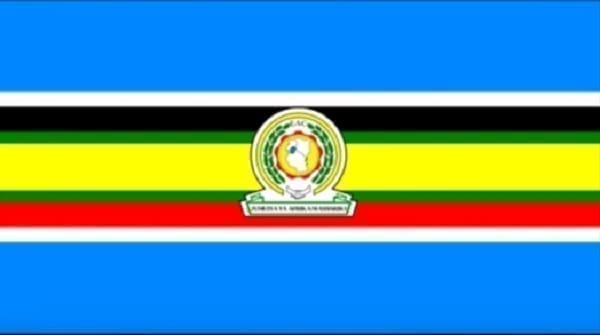 All government and public learning institutions in Kenya will now be required to hoist the East African Community (EAC) flag.

A directive passed by the Kenyan Cabinet also requires for both the Kenyan and EAC anthems to be sang at public events in an effort to boost EAC integration.

The flag and anthem are both emblems of the community with the latter being the latest addition.

According to information available on EAC’s website, the 12th Ordinary Summit of the EAC Heads of State meeting in Arusha adopted the EAC Anthem, Wimbo wa Jumuiya Afrika Mashariki, on 3 December 2010.

The adoption of the Anthem brought to an end a decade-long search for a song that East Africans would call their own.

The song has three stanzas both in English and Kiswahili while the flag on the other hand has a blue background and incorporates colours from the flags of the partner states.

Kenya, Burundi, Tanzania, Rwanda, Uganda, that is black, white, yellow, red, green with the community logo at the centre which are East African Community partners.

The other logo’s of EAC is a map consisting of the five partner states with Lake Victoria in prominence in a circle bordered by an industrial wheel.

On both sides of the industrial wheel are two arches of leaves ending with the letters EAC at the top and a handshake at the bottom.

Hilarious:Woman Reveals Trick She Used When They Tried To Strip Her at Embassava…