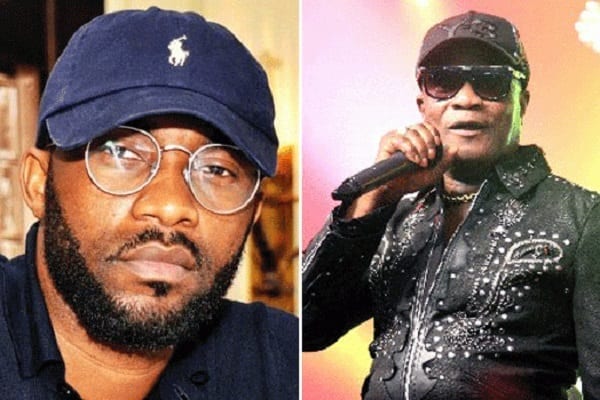 Visiting Congolese singer, Fally Ipupa, has apologised on behalf of his mentor and compatriot, Koffi Olomide, for what he did in Kenya a week ago.

While making a cameo appearance at the Laugh Festival on Friday night at the carnivore grounds, Fally, who is in the country for the Coke Studio TV show, took time to set the records straight on Koffi’s recent tribulations in Kenya.

One week ago, Koffi’s planned tour of the country ended acrimoniously after he was deported by the Kenyan authorities 24 hours after his arrival after he was caught on camera assaulting one of his dancers at the Jomo Kenyatta International Airport.

The incident sparked a public outcry that saw Kenyans on social media calling for the Congolese musician’s arrest.

But on Friday night Fally, who started his career as a backup singer in Koffi Olomide’s Quartier Latin band, interceded for his disgraced compatriot, whom he termed as a father figure to him.

“Koffi is like my father, so I apologise to Kenya for what he did. I apologise to every Kenyan, every mother and every African. If your father does something wrong all you can do is apologise on his behalf. So from me to you, I am sorry,” Fally said.

He added that, he believes Koffi, who early this week was sentenced to an 18-month jail term without the option of a fine by a Kinshasa court, has learned his lesson.