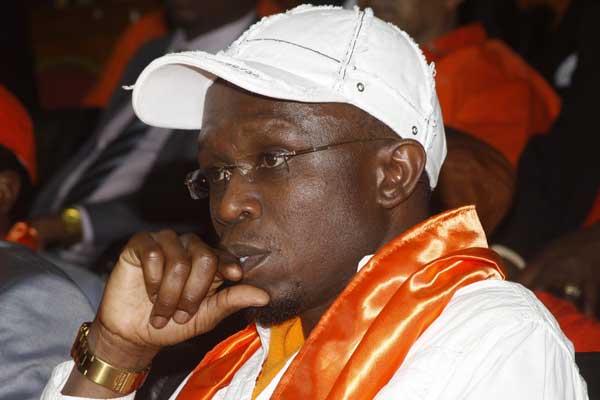 Budalang’i MP Ababu Namwamba will be launching his new political party in two weeks’ time. However, the party will not field a presidential candidate.

On Sunday, Mr Namwamba, who resigned from his position as ODM secretary-general three weeks ago, said the launch will end propaganda and lies about his political future.

“The journey of building a new political force in this country is surely, definitely, equivocally and irrevocably on,” Mr Namwamba told the Nation on Sunday.

Earlier, the MP said his third force movement was ready to work with any coalition including the ruling Jubilee administration.

On Sunday, the MP said he will announce his party after concluding ongoing consultations with all Kenyans.

“We have finished meeting the people of western region, where we met grassroots leaders and aspirants for various positions. The agenda of the meeting was to explain the journey we have started,” he said.

Mr Namwamba had hinted at forming a third force to unite the Luhya community ahead of next year’s polls.

The MP, who had previously expressed interest in decamping to the Labour Party of Kenya headed by Dr Julia Ojiambo, has been waging a supremacy battle against his party leader Raila Odinga for western Kenya’s votes.

Speaking in Amagoro when he met grassroots leaders from Teso North and Teso South on Saturday, Mr Namwamba said his movement was ready to work with like-minded parties in the next elections.

Mr Namwamba, who resigned alongside Funyula MP Paul Otuoma, was among western Kenya MPs who have accused Mr Odinga of undermining and frustrating them.

The MP is expected to launch the new party in Nairobi. This week, Mr Namwamba will tour the coastal region.

“From August 12, we shall be in Kilifi, Mombasa and Kwale counties and then come back to Nairobi to finalise our mission,” said Mr Namwamba.

“The journey of offering Kenyans a new political option is known as the Third Force for now but it will be unveiled in its new identity and full name,” he added.

“After formation of the party, we will be seeking to form an alliance beyond 2017. We will walk with people and relate with other parties without shame. We will declare our stand without fear,” added the legislator.

Mr Namwamba at the same time accused ODM of importing voters from Bondo, Alego and Siaya to tilt the voting patterns in Budalang’i.

“They said I cannot win without ODM, Why have they panicked to the extent of bribing people to come and register here as voters?” He posed.

Mr Namwamba has been touted to take over Prof Julia Ojiambo’s Labour Party of Kenya (LPK) as party leader, a move the professor has refuted.

He has also been linked to Deputy President William Ruto’s former party United Democratic Movement (UDM) and recently was said to be contemplating joining Ford People.