Diaspora Marriage: A man will always be a Man and a woman a woman

Diaspora Marriage: A man will always be a Man and a woman a woman 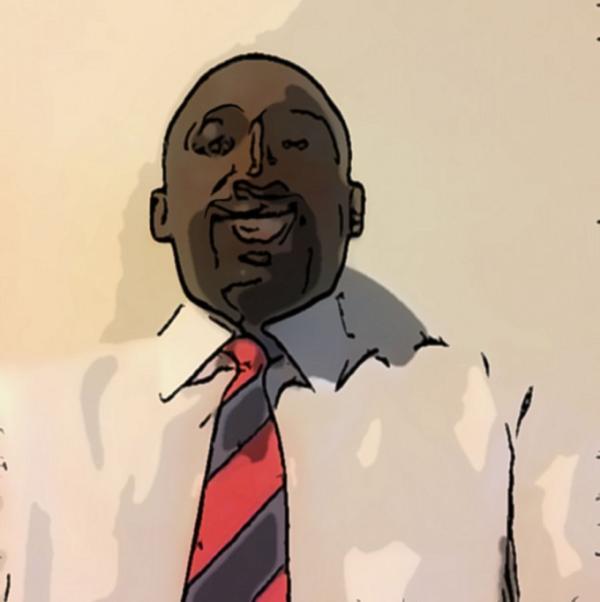 “ A great marriage is not when the ‘ perfect couple ‘ comes together. It’s when an imperfect couple learns to enjoy their difference.” Dave Muerer

Looking back about 30-40 yrs back, divorces were not as prevalent and our moral fabric has deteriorated. This can be attributed to migration and urbanization. Moving from the ecosystem that has supported our value system and the system that helped define our roles in the family has strained the integrity of the diaspora family. Case in point is in a rural community, mothers could liaise to ensure that their family was well nurtured. Fathers worked with other fathers in the community to guide their families. Most family disputes were settled at a family level to preserve the family and the community values. But today the sense of community is downplayed and viewed as an invasion of privacy. Africans are by nature a social people but due to the global economic shift,we have been forced to adapt sometimes at the expense of our values and potentially our future.  As a people we live for economic empowerment at the expense of life itself. Economic freedom is great but it should serve us and we shouldn’t slave for it. It should help preserve our values and those that we value but not sacrifice our values and those that we value.

We cannot talk about the African marriage without the Christian perspective for a good majority of us have Christian marriages. The beauty of a Christian marriage is the presence of God. Any Christian will agree that where God is there is victory. Well, victory has not been the case with a lot of our Christian marriages. Divorce rate is higher, so is physical and emotional abuse. God’s presence means that we surrender to Him but doesn’t mean that we yield our roles and responsibilities.

The idea that we “fall in love” is careless in my opinion. For falling sounds unintentional and out of our control. And in the same manner that we fall in love we can fall out of love without any responsibility.  Love is a choice, not a happenstance and marriage is a commitment not a feeling. Just like in this Olympic season, we have seen inspiring stories of athletes who have fought every challenge to win a medal. At times we have seen some get sick in the middle of a long distance run just to limp or crawl to the finish line. How much more important is the person you have chosen to love and committed to before God? How much more is the product of that union, the unit of our society that will define generations? It’s more important than the most coveted job in the world. When it comes to marriage it’s not about who comes out better but which couple finishes together.

The African has been in a constant migration in search of a better economy. With the migration there has been triumphs and pitfalls. We celebrate the victories but today let’s indulge in the drawbacks not to be negative but hopefully to be able to change the narrative. One of the main concerns is in the course of migration and intercultural interaction the African has progressively lost his identity, culture and value system. Granted that the more global we become, there is need for us to embrace other cultures. But other cultures should also embrace ours too.

To be civilized is not giving up who you are and assuming a new identity but to be able to interact with people who are different from you harmoniously. I believe as Africans, we have spent too much time trying to be other people so we can be accepted and as a result not living life.  Thus living in a perennial culture shock.

I am a Christian and embrace Christianity without reservation, but my Christian faith is only accurate through my African eyes. My African values are my Christian values, respect, love, empathy and reverence to the Almighty God.

When lost in transit it’s important to retrace our tracks and find out where we went wrong. That way we can regain sight of the destination we set out for. The very reason we crossed the oceans. We did so for our families to have a better shot at life. We took a risk for our families but our families were not part of the risk. Our pursuit was economic freedom and not economic slavery. Our problem was an economic deficit and not a value deficit. A cultural exchange, not a cultural cleansing.

Many of us love our motherland but it’s important to embrace our new land. As we pursue our dreams, let’s remember that our values apply beyond the comfort of our people. They are timeless and not bound by space. They help us embrace all humanity. As we strive to benefit economically. There is something unique to our culture that we can inject in our new communities. We have something to offer in the developed nations as we bridge the gap between the developed and the developing nations.

It’s in settling in the new land that the diaspora marriage has often struggled for the rules of engagement are totally different. Sometimes the roles are reversed. Without a clear focus of where we are headed, without clarity of who we are and what our values are then impulse and convenience become our guide and the end result is often selfish and detrimental to the marriage.

Now this doesn’t mean that we don’t have successful marriages amongst us. There are many inspiring marriage stories. But as a community we are just as strong as the weakest marriage amongst us. Our victory lies in the general health of our collective marriages.

As a community we will win by acknowledging that the future of our children doesn’t rest in a secure home and a fat bank account but in the wellbeing of the community that our children will raise their own kids. We can still embrace new technology and trends but we must hold on to our good values.  Even with the ever changing roles between couples. There are roles that will always be specific to a gender as defined by culture and the bible. A man will always be a. Man and a woman a woman. Society might redefine marriage but our values will help us to stay in our lane.

Just like embracing a new culture doesn’t mean giving up your own. Two becoming one in a marriage doesn’t mean the individuals cease to exist. It’s the magic of the two working in harmony, with the next generation and ultimately their destiny in perspective. It’s the beauty of playing individual roles in the new oneness. The knowledge that it’s not  about individual victory but the preservation of the Union. These values will elevate our marriages, our society to the next level and will hand over a better world to our children.

I am not a lame man, I am just a layman with an opinion.

Deep-Dive Analysis: Studying Master’s At The University Of Alabama

I WON LUCRATIVE NYS CONTRACT WITHOUT KNOWING IT, MUTAHI NGUNYI

VIDEO:Drama as Motorist Refuses to Have His Car Towed