Moindi gave the remarks during a press conference held at ODM headquarters on Thursday, August 5.

He stated the reason for the visit saying the team discussed crucial matters with president Kenyatta and there was no reason for them not to attend the meeting.

“Our party leader gave us consent, we therefore had no reason not to meet with the president, we discussed important matters and he promised us a lot,” said Moindi. 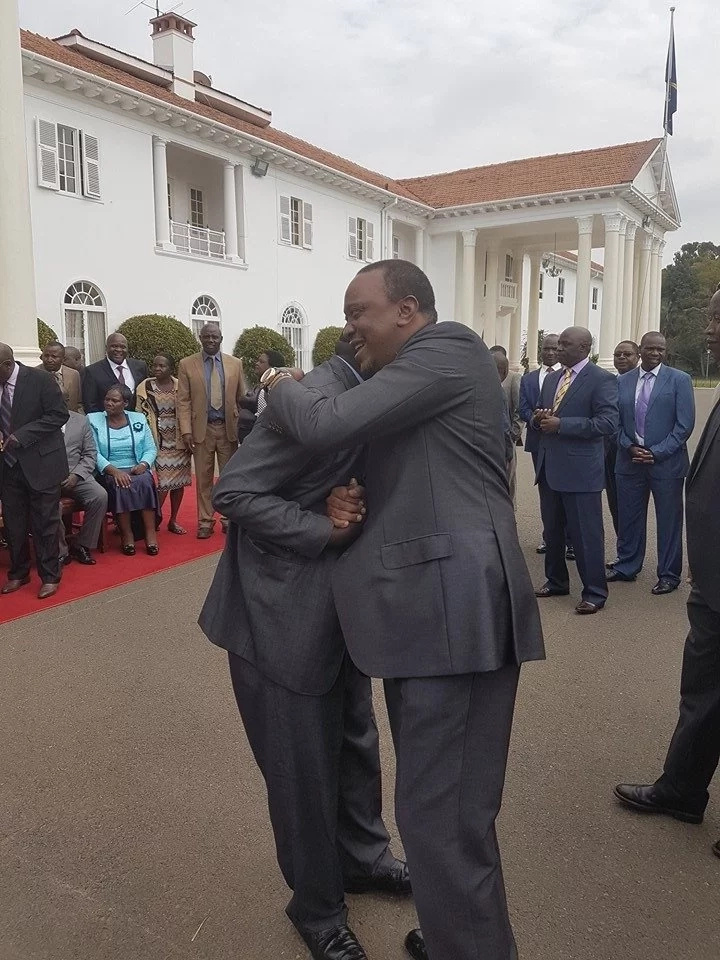 Uhuru Kenyatta embraces one of the MCA’s who paid him a courtesy call a State House Nairobi.

“President sweet-talked us to join Jubilee but we told him it will not be wise to join one party, since Kenya is a democratic country” he added.

Moindi said the leaders are comfortable serving the people in ODM even though a section of national assembly leaders want them to join Omugusii Unity.

“We told them we are not ready to join the Omugusii unity since we were not part of the initial plan, besides they need to start from the grassroots before approaching us”, he explained.

ODM Kisii county Chairman Senator Chris Obure led a delegation of other leaders to visit President Kenyatta at State House over the weekend.

The delegation was accused of sycophancy and bootlicking to get favours from the Jubilee government in the name of taking the Abagusii people agenda to the president.