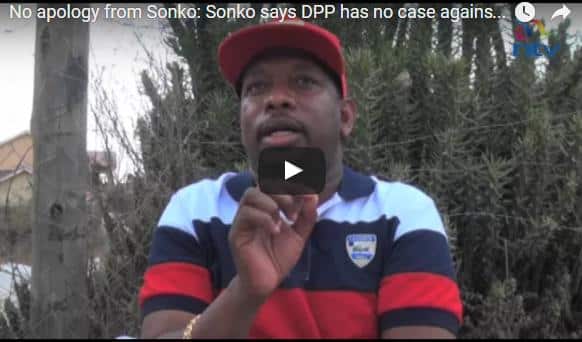 Nairobi senator, Mike Mbuvi Sonko, now claims that he did not proclaim himself as neither the third in command nor the acting president in his speech at the burial of the late Kathiani MP, Wavinya Ndeti’s husband. Sonko says that the DPP has no facts or reason to have him summoned or arrested.

3 people,an AP officer arrested and charged for attempting to strip a woman

Video:Willy Paul dismisses rumours of his arrest in the US