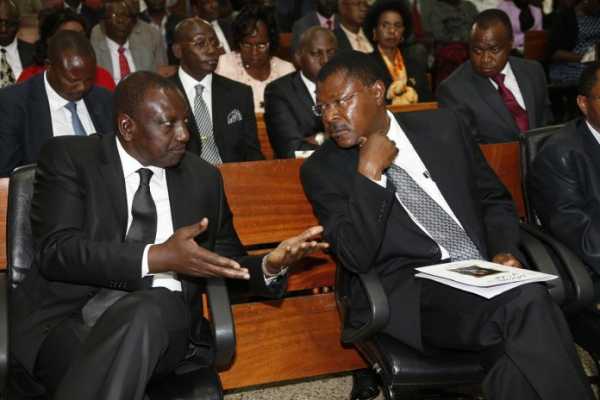 If there’s any Kenyan politician that can be compared to Donald Trump in the chills department, it has to be Deputy President William Ruto.

Addressing residents of Kirinyaga during their stopover with President Uhuru, Ruto took another swipe at opposition Cord, particularly targeting their top leaders.

On Kalonzo, Ruto called him out for being a watermelon.

Watch the clip and brace yourself for a bare knuckle campaign season.