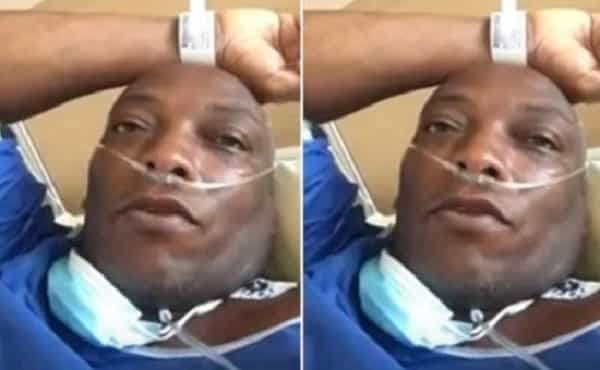 A Kenyan man admitted to hospital in France after he tested positive to coronavirus has sent a chilling message to Kenyans as the country fights to contain Covid-19.

Stephen Kinuthia, popularly known as Wamother or the Duke of Githunguri, shared a video from his hospital bed asking Kenyans to treat Covid-19 seriously, saying the disease is real and infects people indiscrimately.

“What I can tell you Kenyans, this virus is real. I can tell you for a fact that if I was not brought to the hospital I would be dead,” said Kinuthia.

He cautioned Kenyans to be careful while visiting supermarkets.

“Protect yourself, people, and family,” he advised.

Kinuthia, who said he cannot tell how he contracted the virus, noted that his condition has improved since he was admitted to hospital.

He went on to explain how he now depended on tubes to deliver life-giving oxygen to his lungs, as the virus made it impossible for him to breathe normally.

“If they remove these oxygen tubes, my condition would deteriorate at once,” he added.

In the video clip, he took pauses in between some of his remarks and went on to explain that he had some trouble speaking due to the oxygen being pumped into his body.

“The virus infects everyone. They used to say that Africans are immune but that’s stupidity. It is killing Africans; the elderly, the rich, the poor and all the races,” he noted.

He further urged Kenyans to follow government guidelines to stem the spread of the virus, pointing out that developed nations like US, Italy, France and Switzerland have been forced to close their borders due to the seriousness of the pandemic.

France health ministry data showed 357 people died from Covid-19 in hospitals, compared to 441 in the previous 24 hours, increasing the toll in hospitals to 5,889.

It said that 2,189 people had died in nursing homes since March 1, taking the country’s overall death toll to 8,078.

Globally, the death toll surpassed 68,000, according to data compiled by Johns Hopkins University, and the number of infections rose to surpas 1.26 million.