Raila Odinga held a round table meeting with his co-principals, Mudavadi and IEBC commissioners at his Capitol Hill offices

CORD leader Raila Odinga on Wednesday, February 8, 2017, met with the Independent Electoral and Boundaries Commission officials at his Capitol Hill offices in Nairobi.

The two parties held a successful round table discussion in which one message was clear to the poll body; the opposition will not tolerate a compromised election. 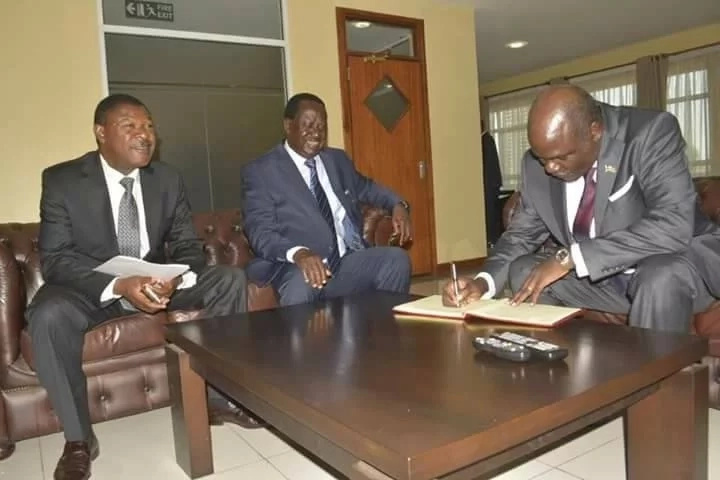 “The future of Kenya lies in the hands of Kenyans, and the National Super Alliance will NOT take another stolen election,” said the opposition leaders.

Raila has lost three presidential elections in a row so far. 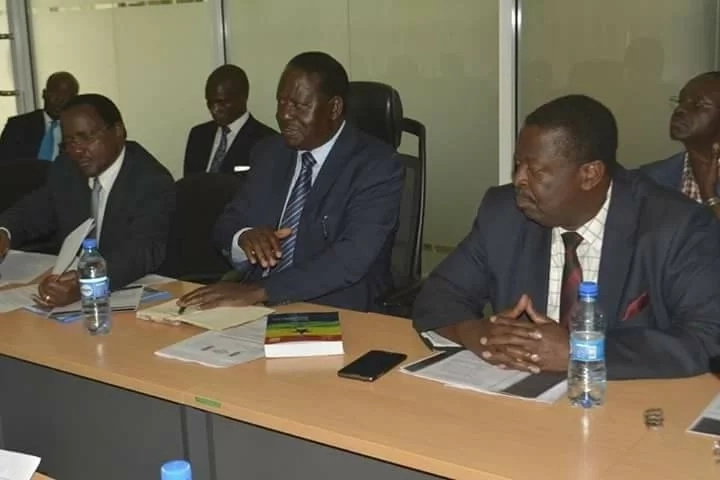 This message comes on the heels of lower voter registration numbers in Raila Odinga’s, as well as his co-leaders’, strongholds compared to President Uhuru Kenyatta.

Raila has in the past expressed confidence of winning the General Election on August 8 if his supporters register in larger numbers to vote compared to Uhuru’s.

However, that has not been the case, prompting Raila to be keen on exposing voter registration anomalies in various counties, claiming the IEBC is being mischievous in order to favor Uhuru and DP William Ruto for re-election. 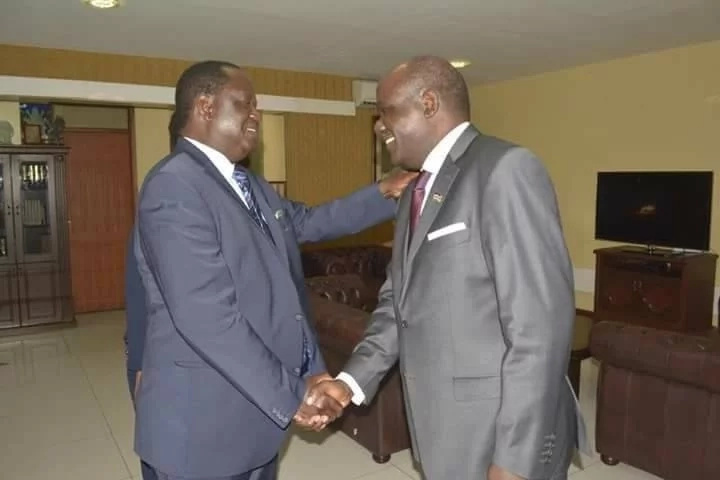 They deliberated on the ongoing voter registration exercise and how the electoral body is prepared for the August 8, 2017 General Election.

Aside from this, Uhuru also received the IEBC Strategic Plan 2015-2020.

Death Announcement Of Ernest Sila Mwololo, Who Suddenly Passed Away In NJ.

DEVOTION:THIS IS AN OVERDRAFT PROTECTION!