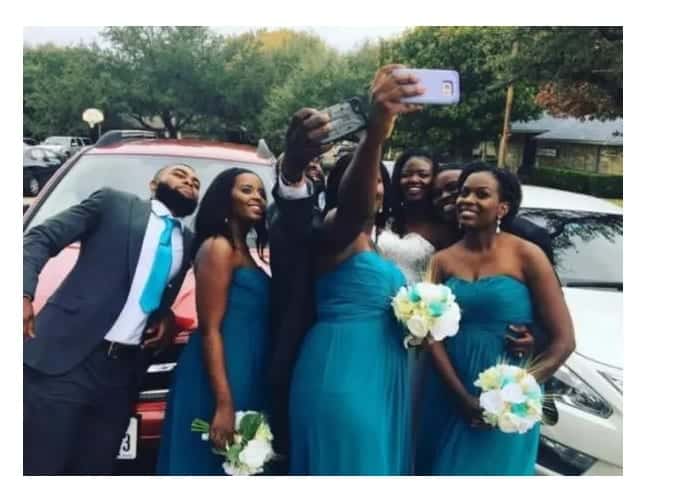 It is still baffling, days later after fans found out Eunice Njeri called off her marriage, a few hours after saying “I do” at a lavish wedding ceremony in Texas.

Eunice Njeri who is loved by many for her numerous worship and inspirational hit songs like Umeniweza, Bwana Yesu, Matunda, Uka, Unatosha and Nimekubali dropped the bombshell on the death of her marriage.

“On the 27th November 2016, Isaac and I did go to the altar to get married, but at the end of that day I realised one thing, I couldn’t do it. My heart was somewhere else…

A souce who requested anonymity told Word Is, “The day before [the wedding], we were told the wedding was cancelled. However, in church it was announced the wedding was still on and that the congregation should stay after church and witness. Folks said she did not look like she wanted to be there. She was hosted by a friend of ours from church. After the wedding, she went back to her place, left the wedding gown on the bed and she flew out of the country back to Kenya. Then on February 1st, she couldn’t hold it in any longer.

Medical condition and Confusion rushed me into…

GOSPEL SINGER EUNICE NJERI WEDS RAPPER BUKASA IN THE US

Eunice shocked many when she took to social media to publicly announce that her marriage to rapper Izzo, that lasted all of a few hours – actually less than 24 hours – is over. It has been annulled. and that the split was amicable.

Her “heart was in Africa”.

The source added that Eunice Njeri’s parents want to meet with the pastor and talk about the new developments.

“I can tell you for free, the wedding was done hurriedly. Based on this outcome [annulment] It almost seems like it was forced on her. Her parents have been trying to reach our Pastor so they can have a word with him. We are waiting to see how all this pans out,” a source close to the couple told Word Is.

African states, ICC to discuss crime of aggression in Kampala

VIDEO: Pope Francis falls over as he arrives for Holy Mass in Poland