A Kenyan street boy has made news after handing KSh 200,000 back to a stranger that he had accidentally dropped

– The stranger was on the way to the bank to deposit KSh 700,000 – the amount of money that the business has made that day

While crossing the road from Kimathi Street to Kenyatta Avenue, a Kenyan man accidentally dropped KSh 200,000. 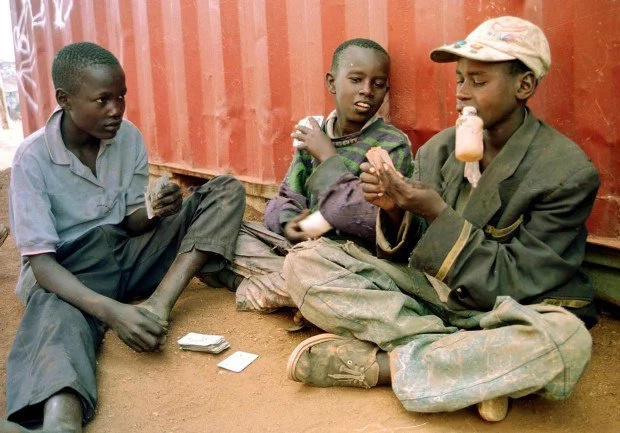 A street family in Nairobi

The money was part of a sum that he was supposed to deposit at the bank after a day’s work.

Unfortunately, the zipper on his bag caved in and ejected an envelope from wherein, lay part of the cash.

A moment before he joined Kenyatta avenue, he was cat-called by a shabbily dressed street kid.

Naturally, thought it was the usual street families begging for alms. So he ignored the lad and walked on to the bank.

The Chokoraa caught up with him at the bank’s entrance. Feeling safer that there was security guard near, he stopped to listen to what the urchin had to say.

“Uliangusha pesa huko nyuma, (you dropped money as you crossed the road),” the kid said as he handed back the cash.

The stranger was shocked. He was beyond words. The kid explained that he handed the cash back because he didn’t know if it was for settling a hospital bill or paying school fees!

The Chokoraa then heartily told him to deposit the cash first before he lost it again.

The stranger then got inside the bank to deposit the cash and when he was done, the street kid was nowhere to be seen.

Declaration to advance constitutional rights for Kenyans in Kenya.

CORD Kicks Out MPs out of House Committees After Rebellion