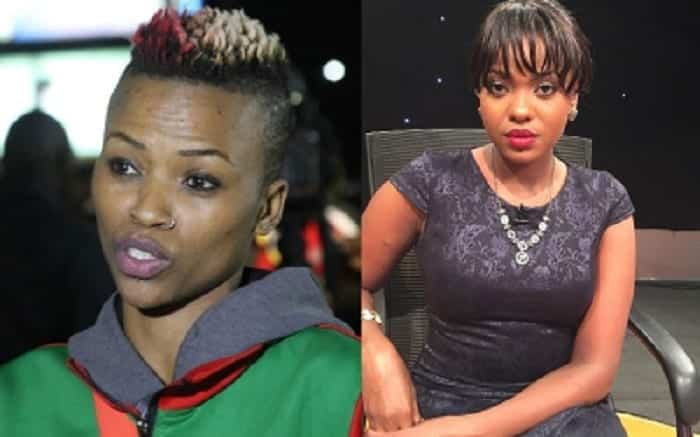 Staying in an abusive relationship is never an option for all women.

Some victims of violence choose to quit an abusive relationship irrespective of what is at stake.

Kenya’s volleyball superstar Janet Wanja, in an earlier interview with The Nairobian, revealed how hard it was to fall in love again after an abusive relationship.

“There have been many rumours about my personal life and I have deliberately chosen to ignore them because I have suffered at the hands of a man I loved; a man who was my first love.

I met him right after school. We dated for four years and he made me believe that I could not live without him. There are times I would put on my best outfit, but then wonder, ‘why should I get all dressed up like this?’ He was all I had,” Wanja disclosed.

The then rosy affair turned sour with every accomplishments she made.

“As I scaled greater heights in my volleyball career, he increasingly became insecure. Simple arguments turned into physical confrontations, which always ended with me bleeding. I often sought refuge at my parents place.

There is a day I visited my brother Kim because we hadn’t seen each other for a while. When my boyfriend called me, I told him I was at Kim’s, but doubted the story and asked to talk to him. I gave him the phone and they talked.

When I got home, he beat me from 7pm till 3am. Then he broke a glass on the floor, undressed me and dragged me on the shards. I will never forget that day. I prayed and told God that, ‘if you save me from this house and I still come back to this man, he may he kill me,’” she said.

Wanja adds that to wash her sorrows away, she sought solace in the bottle.

“I could drink myself silly in an attempt to forget and numb the pain. I got to a point where I became suicidal because of the beatings. I was the laughing stock in the estate. They saw the way he mistreated me. I just wanted to be alone and I was never happy. It was the lowest moment in my life,” she said.

Tina Koroso formerly of Radio Maisha is another victim of domestic violence.

Even after leaving her physically abusive husband, he still tried to control her life.

“There are times my husband threatened my career. He would call my cell phone, the office, and the studio line while I was on air. I braved it all because I knew where I wanted to be,” she told Eve Woman magazine.

This went on for a while before he finally took away her children.

“One day, my former husband came and took away my children. I used to cry every night and could not imagine the thought of being away from them.

Nowadays, I talk to them every day and even visit them. It is not the same as living with them since I am not there to see them grow and for a mother, that is tough. I take comfort in the belief that God has a reason for everything,” she shared.

Beautiful TV personality, Anne Kiguta, in a past interview with True Love magazine, confessed that her boyfriend started beating her the day before she made her debut on KTN.

Their baby was three years at the time.

Ann was left with marks on her face just hours before she was supposed to appear on KTN’s set for the first time, but make-up rescued her and she nailed the job.

“I felt that if I didn’t go on with my plans, I would be letting the violence to win,” she said.

“I decided to move on for my baby and myself. At least I was financially stable when I walked out. Dependence is what traps many women in abusive relationships,” she observed.