The rainy season is definitely here and when the heavens decide to open up, whatever is on its way will surely get drenched.

This is what happened to President Uhuru Kenyatta when he was met with a relentless downpour in Nyahururu while on the campaign trail.

In the photo doing rounds on social media that was posted by Dennis Itumbi, President Uhuru is seen waving atop his presidential car at supporters who had scampered to take shelter in the nearby shops.

A brave faced Uhuru is visibly soaked as two of his bodyguards hang on the car’s rails, putting on a fight against the elements to protect their boss.

Save for a handful of supporters who braved to greet the head of state, the photo painted how high the stakes in the coming elections were as the electorate geared up for the October 26 date.

The opposition (NASA) has pulled out of the election.

Here is what some of the social media users had to say of the photo; 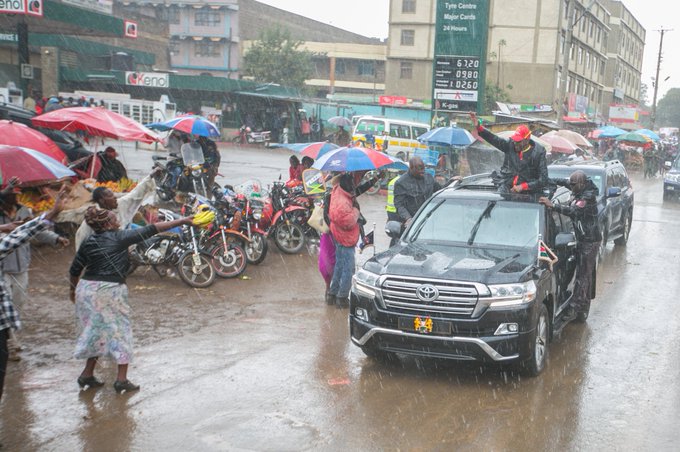 That’s my president, proud of him

It’s not the rain, it’s the votes

Why can’t they brave the rains and say hi in return???#NoReformsNoElection 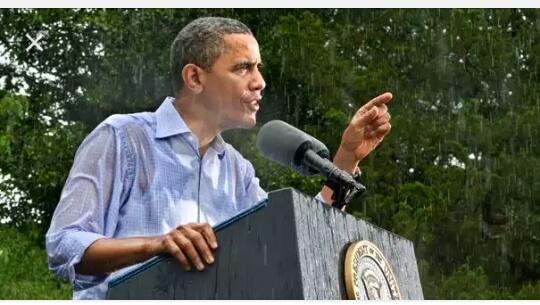 President Ruto reveals There Was a Plot to Murder Wafula Chebukati