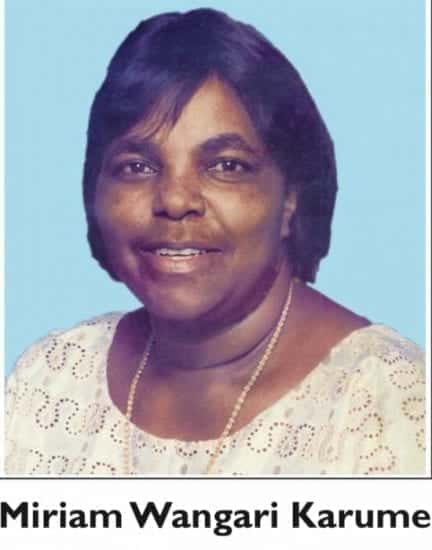 Senior Diaspora messenger Columnist Teddy Njoroge Kamau (PhD) has lost his close cousin in Kenya. Miriam Wangari Karume was the wife of Rev. Edward Karume of Africa Inland Church Riruta.
According to Dr. Kamau who is also a pastor, Mrs. Karume played an important role in his upbringing and influence towards his entry into the priesthood. “While we were young growing up in Kijabe, the Karume’s were ministering in Kijabe.
Before becoming principle Chaplain Kenyan prison network, Rev. Karume lectured at Moffat Collage of Bible and his wife was working at Kijabe boys high school. She kept a low profile choosing, like many pastor’s wives to serve through others. We were young boys and used to spend hours in her home watching television.
Related Posts
NEWS

She would always have something for us to eat! And for hungry village boys, that was heavenly! It is this character of hospitality that stuck with me. Even today when in Kenya for Christmas, I always invite the village boys and girls to share meals with me.
This is a tribute to the influence of this smiling and hospitable pastor’s wife. In her eternal Rest, her ministry remains still.”
Family and Friends are meeting at Africa Inland Church Riruta: Greater Nairobi.
BBN TV