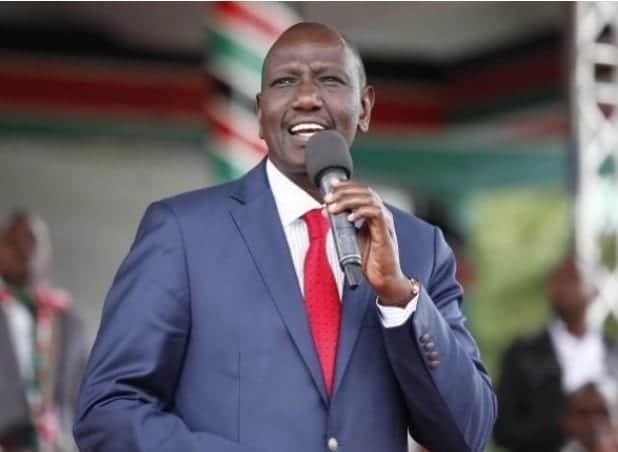 Deputy President William Ruto has pleaded with Kenyans for forgiveness hours after President Uhuru Kenyatta highlighted the need to forge peace and unity in his State of the Nation address on Wednesday.

DP Ruto pointed out that he had forgiven all those who had wronged him and urged Kenyans to remain firm in their quest for unity.

“In keeping with HE’s statement, l WSR unreservedly apologise to anyone offended or hurt in anyway by what I have said or done at any time. Find it in your heart to FORGIVE me. I have forgiven ALL those who wronged me. Let’s embark on BUILDING the BRIDGES of friendship and UNITY,” Ruto posted on his official twitter account.

In keeping with HE’s statement, l WSR unreservedly apologise to anyone offended or hurt in anyway by what I have said or done at any time. Find it in your heart to FORGIVE me. I have forgiven ALL those who wronged me. Let’s embark on BUILDING the BRIDGES of friendship and UNITY. — William Samoei Ruto (@WilliamsRuto) May 2, 2018

DP Ruto’s post elicited mixed reactions with a section of Kenyans lauding him for the move.

Others, however, were not convinced saying that he was not sincere.

President Uhuru in address at Parliament buildings called for national unity to move the country forward.

“We must we must be frank with ourselves. That cannot happen by itself. Let us admit that we all failed to hold our country together last year. Let us each apologise for our words, anger and malice. From Mandera to Maseno, from Mbita to Mvita, from Lodwar to Lunga-Lunga  and embrace our neighbours,” he said in his annual State of the Nation address to the National Assembly, the first in his second and last term as President.

Kenya is better with all of us together. God bless you for your humility. — Joel Kimari. (@Joel_Kimari) May 2, 2018

That is the spirit bwana DP. It’s about building bridges. We all err. God be with you in all you do

You only do it after the president has done it. That means it didn’t come from your heart. — Dancun YOGOH (@danyogoh) May 2, 2018

The speech focused on steps the President had taken and the progress achieved in the furtherance of national values; progress made in fulfilling Kenya’s international obligation and the state of the nation’s security.

The President called upon Kenyans to remain united after a long electioneering period in 2017 that saw many lose lives and others nursing injuries.

Positive thought: Before you react-Quick to listen, slow to speak

Photos: Forget Mutua, Here is What Joho Has Done in Mombasa