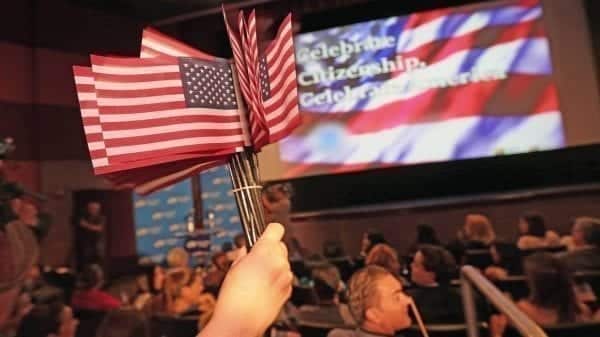 There is some hope for immigrants in the United States after all.

Despite a new set of guidelines and procedures that tighten U.S. immigration policies and expand the possibility of deportations of legal residents, the U.S. government is offering to help lawful permanent residents who apply for citizenship.

The U.S. Citizenship and Immigration Services (USCIS) announced this week it will use funds collected through fees paid to the service to subsidize citizenship preparation programs across the country under the Citizenship and Assimilation Grant Program.

The up to $10 million in grants is a significant sum for the pro-immigrant organizations, which usually have limited resources to help low-income foreigners become U.S. citizens.

“These competitive grant opportunities are for organizations that prepare lawful permanent residents for naturalization and promote civic assimilation through increased knowledge of English, U.S. history and civics,” the USCIS announcement said.

The program’s goal is to promote the availability of high quality citizenship preparation services, said the agency. An immigrant is generally eligible for citizenship through naturalization if he or she has been a permanent resident for at least five years and meets all other eligibility requirements.

▪ Citizenship Instruction and Naturalization Application Services: In this category, the funds will be distributed to 36 organizations that help permanent legal residents with citizenship education and services for their application for naturalization. The education includes English language, U.S. history and civics portions of the naturalization test.

▪ The Refugee and Asylee Assimilation Program: This category will fund up to four organizations that help permanent residents who entered the country under the U.S. Refugee Admissions Program or were granted asylum. They must teach skills and knowledge needed to acquire citizenship, and promote a sense of belonging in the United States.

The deadlines for the grant’s application are Aug. 8 and 15, respectively.

USCIS officials will decide which groups will be awarded the grants based on various factors, “including past grantee performance and whether an applicant and any sub-awardees are enrolled in E-Verify,” the agency added.

Organizations interested in applying for a chunk of the $10 million can do so at grants.gov.