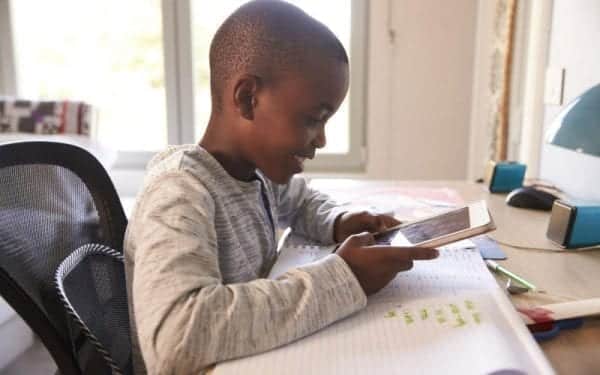 The current trajectory for children, who constitute over 50 per cent of the population in Sub-Saharan Africa, paints a bleak future.

Half a century after most African countries gained independence from the colonial masters, nine out of ten children live in extreme poverty in Africa.

Children of Africa are still dying from parasites that seep into their bodies through their bare feet and are ten times more likely to die before their fifth birthday compared to children in high income countries.

These are the issues that came into focus as we celebrated the Day of the African Child last weekend under the theme ‘Leave no child behind for Africa’s Development’.

Various actors in children affairs, both at the county and the national levels, came together to mark the day which has become an important calendar event. And as the Day of the African Child turns 27, it’s imperative to focus on the impact of the annual celebrations and interrogate the various themes and how they address emerging issues in child protection in Africa.

Running while African In America: Racism and American…

Over the years the Day of the African Child themes have varied to focus on the various challenges children of Africa face. To sample a few, the year 2011 focused on urgent action in favour of street children. In the year 2012, the focus was on children with disabilities.

Year 2013 and 2015 focused on Harmful Cultural Practices and Child Marriage respectively. In 2016, the theme was on protecting all children rights in the background of conflict in Africa. Finally, last year’s themes focused on accelerating protection, empowerment and equal opportunities for children in Africa by 2030.

For many decades, from Biafra to Ethiopia to Sierra Leone, the story of the children of Africa has been a single story.

In the Western imagination, the African child has become a sad statistic-a one dimensional symbol that renders all children of Africa into dirty creatures who cannot see the future due to the flies buzzing distractively before their eyes.

The children of Africa have been reduced to latter day Oliver Twists with big begging bowls and pleading eyes forever crying to the world-more please!

After all the highly worded themes for each year, has the Day achieved its purpose? Has celebrating the Day of the African Child had any impact on the children of Africa? Are the children of say, Dadaab refugee camp in Kenya better than say, ten years ago? Can we authoritatively say that Africa is no longer a crisis zone for children?

Whilst many gains have been made in protecting the welfare of children in Africa, the old problems are still haunting them. Harmful cultural practices like child marriages and female genital mutilation are still are still prevalent in Africa.

It has been argued that the rate of child marriage amongst the poor has remained unchanged since 1990.On the other hand, female genital mutilation-one of the most harmful rites done on children- has made Africa its hiding place. Some communities in Kenya for example recording prevalence rate of over 90%.

To further cite the Kenyan scenario, FGM and child marriage remains quite high.37 out of 42 Kenyan communities still practice FGM. This is according to Kenya Domestic Household Survey of 2014 which also puts the national prevalence rate at 21%.

In addition, according to the same report, the national children marriage rate stand at 23%. These are bleak statistics considering that Kenya is considered a trail blazer in enforcing children rights in Africa.

Despite the various challenges facing Africa, its children have been hailed as enthusiastic absorbers of technology. In countries like Kenya, over 40 % of high school children own smart phones.

Technology uptake is a positive stride for children in Africa, but it has posed new challenges in child protection. Thus as the children of Africa face the traditional tripartite problems of poverty, culture and ignorance, they also face the new problems that have been brought about by technology.

One such technology related problem children are facing is identity theft. Access to internet has also exposed children to paedophiles and such other social miscreants.

Smart phones also expose children to pornography and phone addiction: the smart phone is the new drug. These problems were not envisaged in the various legislations concerning children because most were enacted before the advent of the smart phone as a popular mode of communication.

Theft of public resources remains a challenge in Africa. Whereas it may be difficult to get the specific statistics on this, plunder always have a negative impact on the rights and welfare of children.

Since children are the majority in Sub-Saharan Africa, they carry the biggest burden of developmental problems. It’s high time that theft of resources meant for young children are viewed for what it is- a silent type of infanticide and theft of children’s future.

Kenya opens website for the Diaspora to send distress messages

Impunity,Shame:Arrest Orengo and we expose you, Cord dares Jubilee

Word of the Day:Live Life by Faith