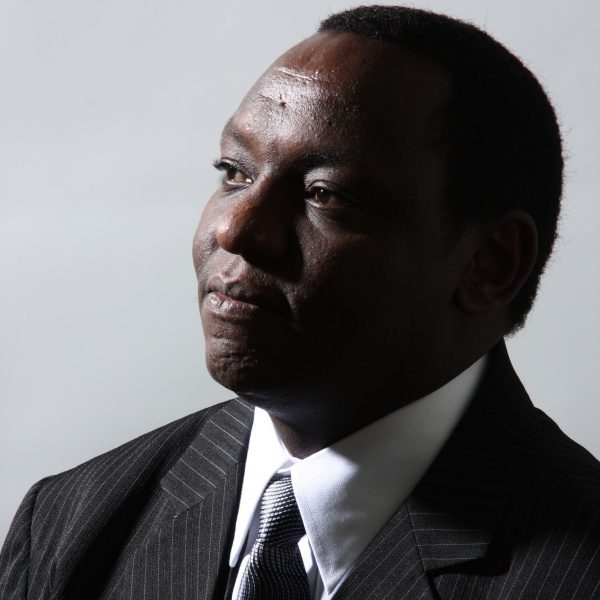 For hundreds of years, Africans have always traded on currency that was helped setup by their colonial masters as they exited their countries which in a nutshell goes to say that the masters made sure that even after their exit they would still continue to control a countries economy remotely through regulations set under a countries Central bank. A study on who owns Africas central banks has shown that most banks are owned by the Rothschilds and other powerful entities and they continue to grow richer and powerful years and eons after their colonizing partners leave a country. So most if not all African countries are still colonized economically!

With the introduction of Nuru coin in Kenya and gradually in Africa with countries like Nigeria embracing the technology and President Yoweri Museveni of Uganda embracing the concepts and welcoming the currency into Uganda it is clear that the next phase of trade and the revolution of money is once again at a precipice in its evolvement from the known and traditional forms of trade and a search for new technology of enabling things to move faster and new systems that go with it in high gear. As we write this Kenyas Block chain taskforce has acknowledged digital currency citing it as an unavoidable technology and there is need for the country to forge forward and embrace crypto currency as it endeavors not to be left behind in the digital shakeup.

More than just a coin.

The concept in this new financial model is not just on the ‘coin or currency’ but more emphasis is actually being created through the understanding of Block chain technology platforms through which these crypto currencies will operate on however it is important to note that block chains which are basically blocks of records synched together in a chronological order of stored records of transactions to make a chain of financial transactions that interconnect with one another that make one huge block chain which can be uncompromised and traceabel from its original form making it a new secure and effective tool to fight normal vices like corruption and money laundering that is easily manipulated through the standard banking operating systems.

“Our goal with Nuru Coin is to handle transparent intra-Africa trade. It is also meant to encourage Africans to trade amongst themselves more instead of over-relying on trading with other regions. Currently, Africa trades with the rest of the world at 66% but only trades with itself at 11%, This needs to Change,” Isaac Muthui- CEO CB Group Ltd.

Nurucoin could just be the secret weapon that the Intra-African trade agreements have been waiting for with countries like Kenya, Uganda, Rwanda and Tanzania opening up their trade regions with easy access and now possibly with a form of trading currency that these countries can embrace. Online trading and shopping opportunities in these countries can also be enhanced because of the easy transfer of currency using crypto currency and with the first confirmed online market introduced by Church blaze group in the name of Blazebay offering product purchase in Kenya shillings, US Dollars and Nurcoin its only a matter of time before other online shopping platforms like OLX,  Ugandas Kilimall & Masikini, Rwandas Yubeyi & MIRO, Tanzanias Kivuko, Shop online Tanzania & zoom Tanzania together with the regional Jumia join the trend in having Nurucoin as an alternate payment method.

It’s true that most Central banks have not yet given their blessing on the introduction of Crypto currency with most Central bank bosses advising against it claiming these virtual currencies lack the necessary prerequisites to work as a currency but their observation are also seen to be dogmatic and they need to embrace the changing times with online services being offered and this being a new internet generation it is no longer a question of if but when Crypto currency becomes a worldwide concept as seen in Sci-Fi movies. Central banks need to wake up and find a way to embrace this new currency least they get left out and become outdated especially with most African countries embracing stronger currencies like the Dollar and Yen in place of their devalued and nearly worthless currency like in Zimbabwe and war torn countries trying to recover, The notion that corruption can be defeated through crypto currencies tracking and block chain data tracing capabilities is another major factor that can push more African countries towards embracing this new technology.

Nurucoin has its own trading platform Acefinix https://www.acefinix.com/ where one can sell or buy and its currently trading at $1.23 (Kshs 124.00)  and it also has its operational platform developing nicely with its first trading online shopping BlazeBay https://www.blazebay.com/ accepting Nurucoin beside the shilling and the Dollar.

With some business gradually embracing and accepting payments like Betty’s place restaurant in Nyeri, Central Kenya that now accepts Bit coin the integration of Crypto currency in a countries economy is inevitable and African governments and Central banks needs to look harder on how they can integrate this in their fiscal and economic systems least they continue being manipulated and controlled by master from afar.

In retrospect, What former Libyan strongman Muammar Gaddafi envisioned in 2000 at the African Union Summit in Lome, Togo when he championed for a united Africa and a Gold backed Afro-currency could not make true a few years ago because of different cultures and diversity of language and what former Zimbabwean President Robert Mugabe tried to revive in 2013 in the name of a figurehead for a United States of Africa might actually come to be but not in the way they envisioned because their thought and approach though not originally theirs since Bob Marley had sung about it and Marcus Mosiah Garvey had penned poetry about it was based on their time, Ideology and political outlook since it spoke of a physical presence while in the real sense what Africa needed and needs now given its vast consumer market, mineral deposits and huge oil reservoirs is an economic median that allowed fair trade and easy access to the regional markets and this young entrepreneur might just have found the missing connection that would be able to overcome the biggest challenge most African countries have faced with each other of territorial enmity time and again and creates a bridge towards a successful economic relationship in the name of a language any African country or nationality understands and agrees using a median that trespasses virtual borders, Currency & Internet!

What African leaders have always admired about the fifty (50) United States of America and Indias Twenty five (25) states under one President and Legal tender might be farfetched and even then still a pipe dream on a single figurehead and currency for all the Fifty four (54) countries but shared currency in the name of digital coin might just be achievable through Nurucoin and a unifying block chain platform which  might finally be the platform African leaders have been seeking to build from the bottom economically rather than seeking to impose a notion of unity from the top down as explained by Richard Dowden, Director of the Royal African Society 2013.

Charles J. Kabaiku is an Economist with a background in Networking security fundamentals & Forensic Studies from Strayer University and a Diploma in Stock exchange and control.

Kenyan man drowns in a swimming accident in Florida