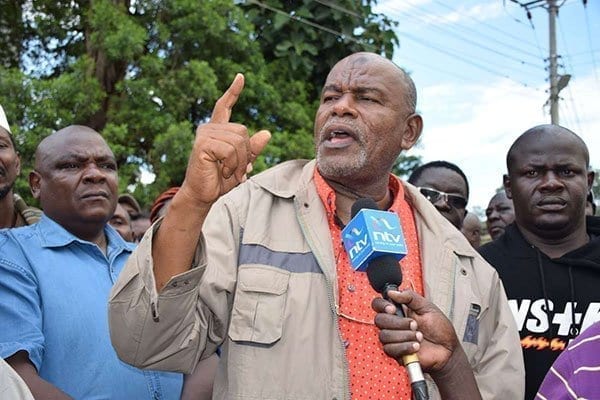 Changamwe MP Omar Mwinyi has been sentenced to four years in prison with an alternative of Sh1 million after he was found guilty of assaulting two police officers during ODM party nominations in April last year.

Chief Magistrate Evans Makori on Thursday ruled that he was satisfied that Mr Mwinyi and his supporters assaulted constables Dennis Nambisia and Agapio Ndwiga.

“Having carefully considered the evidence by the prosecution, I find the accused guilty as charged.

“It is clear the accused failed to restrain or stop his supporters from disrupting the polls therefore he is deemed to have participated in the fracas,” he said.

Chief Magistrate Makori added that the medical report showed that the police officers were badly injured during the attack.

The court was adjourned to allow Mr Mwinyi to prepare his mitigation as the prosecution also asked for more time to submit on a point of law.

The officers were providing security to voters and Independent Electoral and Boundaries Commission (IEBC) officials.

The court had dropped seven other charges such as interfering with election materials, obstructing election officers and using violence during the primaries.

He was accused jointly with others not before the court of destroying ODM ballot boxes at Mwidani Social Hall, Bomu Primary and Al-Inshadi Nursery School polling stations on April 22.

Deliberate by ICC? Uhuru, Ruto to attend trial at the same time